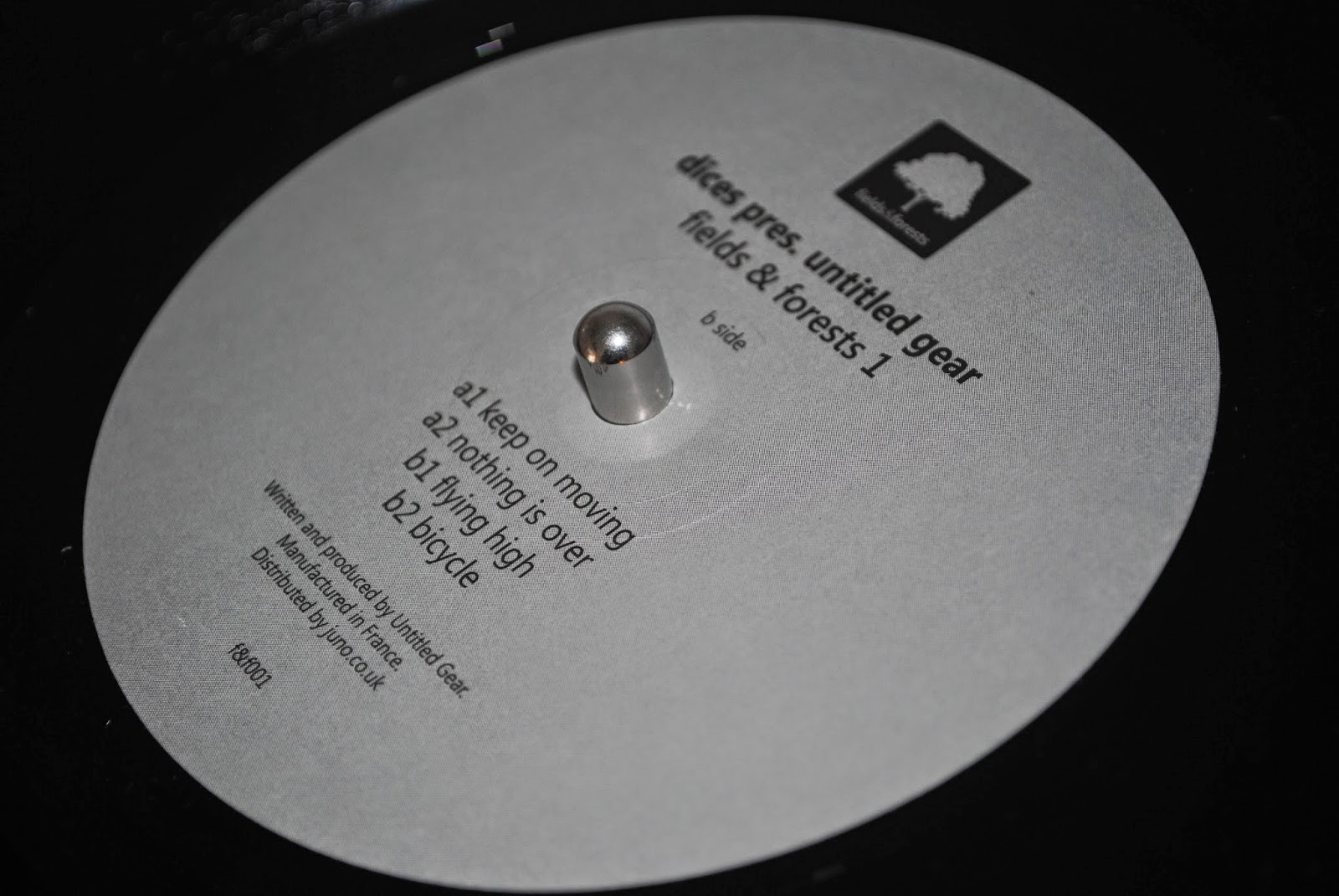 There's much ado about deephouse these days. I've seen some dreadful features on the likes of Vice, where a host of uninspiring quasi-famous electro bandwagon-jumping helmets gets to pick its favourite deephouse records and subsequently fails epicly to actually come up with a track that even remotely resembles what Larry Heard had in mind. I've developed a serious bit of bottled-up hatred for the genre as such, just by wading through some of the the junk on Juno that gets labelled as deephouse. But then something like Dices and Untitled Gear's Fields & Forests 001 release comes along and my faith in humanity is restored yet again.

We already knew Dices from his collab with Vakula (a fabulous 12" we covered on here ages ago), According to the press release, Untitled Gear is 'a collection of artistically minded individuals from the St. Petersburg Area, encompassing musicians, producers, photographers and singers'. I never quite know how to picture 'collectives' at work in a studio setting. Seven people behind the mixing desk, expensive analogue camera's dangling from their neck, all stroking their jazz-beards? Personally, I'd be on an uzi-death-destroy-rampage within the hour, but that's just me. Untitled Gear managed to come out of the studio unscathed and with an awe-inspiring record under their arm(s), capturing the quintessence of proper contemporary deephouse.

Opening track Keep on Moving on the A-side is an absolute delight with its organic rubbery bassline, moody pads, loose drums, muted trumpets stabs and understated vocal. Much like Dices' work with Vakula, the track has a timeless quality to it. Have a listen below, it really is glorious:

Other highlights are Flying High, a deep, dubby shuffler with a broken beat should please the fans of Jazzanova and closing track Bicycle, a scandalously seductive smoocher that is made to play when the sun sets. Brilliant first release, can't wait to hear more from this gang.

Pick one up now while they're still around
Dices Fields & Forests