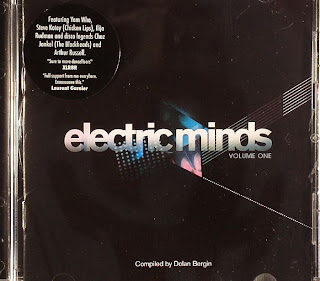 After a string of reviews of midtempo chuggers (or 'stonerhouse' as some of my friends call it) it's time for a more upbeat affair. The excellent Electric Minds label just released a CD compilation (unmixed) with some of the best tracks of their impressive backcatalogue, featuring tracks and reworks by the likes of Yam Who?, Ilija Rudman, Steve Kotey and Max Essa: all essential stuff for people that like their disco served hot. We caught up with label boss Dolan Bergin and asked him what this shiny disc is all about...

what made you decided to put out a compilation? Do you expect to reach a different audience (the vinyl junkies and the digital kids will most likely already own all of the tracks that are featured on the comp)

"I thought it was a nice way to celebrate reaching our tenth 12” release. Vinyl is also not always accessible in some parts of the world so hopefully the cd is more affordable for anyone that wants to own the back catalogue. The cd was also produced by Huw from Knowfool in Australia to support a small tour that Yam Who and I did of Auz & Japan earlier this year".

It's great to see some of the EM back catalogue on a compilation. Any personal highlights or favorites on the album?

"I think Yam Who’s cover of Arthur Russell’s “Wax The Van” is my favourite. We started the project together not knowing how it would be received but Andy & Des turned out a great take of the original. The track has crossed over between many scenes which isnt the easiest thing to do these days so we were really pleased with the results".

What can we expect from EM in the near future?

"A new album has just been completed with 13 complete covers of Arthur Russell’s work. Some of the original musicians that worked with Arthur have contributed (Peter Gordon & Steven Hall) plus there are productions from Faze Action, Lil Tony, Mark E, Yam Who?, Maz Essa, My Tiger My Timing, Pocketknife, Ilija Rudman. There are two 12” album samplers which will be released next month and the full cd will be out in November. There are also some great sleeve notes from Danny Krivit, Tom Lee, Peter Gordon, Steven Hall, Tim Lawrence & Matt Wolf. Its taken a lot of work to put it together but its looking and sounding really nice".

In need of some live Electic Minds action? They're hosting a party on the 31st of October (scary.....!) 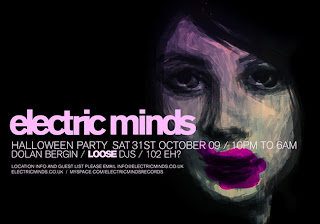 Finally, treat yourself to some fine listening: