Wolf Music 03: the record of the year 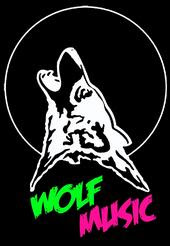 Boy do Wolf Music have something special brewed up for us. The label first reared its lovely head early this summer with a smashing debut: two fantastic rerubs of Atmosfear's classic 'Dancing in Outer Space' by The Revenge and Greymatter, and two sublime cuts by newcomer KRL we waxed lyrical about on these pages a while ago. The record sold out in a matter of weeks, firmly establishing the new imprint on the midtempo disco/house scene.

Now the follow-up is about to hit the shops, and Wolf enlisted the services of a very special cast: Eddie C, The Revenge, KRL and BE deliver a track each for what has to be the 12" of the the year. It's no coincidence we covered music by all these gents over the past months: they are the current rulers of the midtempo dubby disco realm, and they sure don't disappoint here. All four cuts are absolute belters - the loopy downtempo Curtis by the Revenge, the fantastic midtempo 'My Woman' by Sleazybeats' favorite Eddie C (which also appeared on Cole Medina's sublime Disk Union Mix), the Jazzy chugfest 'All the Thrills' by Mancunian Be and the stompin' I wanna be with you by KRL.

We got in touch with the Wolf Music boys to get some first-hand info on this very exciting project and got them to answer a few questions:

Tell us something about yourself - who are you and what made you decide to start Wolf Music?

Wolf Music is Meat Meal and The Wolf. We have been friends for a long time and have always shared similar cultural tastes. So we were looking for a project to collaborate together on and took an opportunity to launch Wolf Music when the Atmosfear release came up. From there we knew where we wanted to take the label and got trucking.

The first two EPs have done really well - the first 12" has sold out and will propably fetch silly amounts on discogs within a few months. How do you explain this immediate succes?

With regards to any success it’s down to the artists on the label. The ethos behind Wolf Music is to try and put out quality music that will stand the test of time regardless of genre. We couldn’t be happier with the music and exposure we have had from the first two releases. Recession Beat seemed to blow up overnight and The Revenge did a fantastic job on the Atmosfear Reworks, which was really well received and has been getting plays from all the big boys on the scene. On top of that Greymatter delivered a great re-edit of Atmosfear and a slamming remix of KRL on the second release. We had a plan and it paid off – but that is testament to the quality of the artists we are lucky enough to work with.

Wolf Music was the first label to offer the mysterious - and massively talented - KRL a platform. How did you guys get in touch?

We were put in touch with the illusive KRL through a friend who thought we might be interested in some of his tracks for the label. Needless to say we loved what we heard and jumped at the chance to put out his music.

You're about to unleash a new record which I'm sure will make our readers' mouths water: KRL, Eddie C, The Revenge and BE on one record. Excited about this project?

Yeah, we are really excited about the next project. We have dubbed it the “I Want To See All My Friends At Once” EP, and that pretty much sums up the thinking behind it (plus gives the nod to one of our influences). We created a list of artists whose tracks have been getting rinsed during our parties and then hit them up for new beats.

Every track is really strong and the feedback we have had so far has been great. EP003 will be out on vinyl mid-October and a digital release will follow. You can listen to samples of tracks on the next release on our MySpace page – www.myspace.com/wolfmusicrecordings

What can we expect from Wolf Music in the near future?

Loads coming from the Wolf Camp. We have lined up the next release; an EP from the slamming production duo PBR Streetgang (with an Ilijah Rudman mix to boot). We are also launching a new monthly party in Brighton on the 10th October. So lots of parties, records, comps and limited edition artworks coming your way from Wolf Music.

We would like to thank Sleazy Beats for the support and keep keeping on....

Much obliged, Wolfmen, and thanks for treating us to some astonishing music!

The record is out in a few weeks, make sure to check Juno or Phonica

Meanwhile, have a listen to The Revenge's supersmooth Curtis, or head over to Wolf Music's Myspace page to listen to the other tracks.