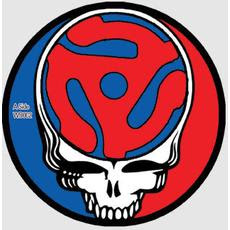 A lot of people have asked if this blog was run by US artist Sleazy McQueen. Obviously you can guess why. Although we haven't had the pleasure of working with him on any sleazy projects, we do share a common love for the beat down grooves.
This year has been wonderful for new music. The decade isn't quite over yet, and right in time for the holidays we are introduced to a sneaky little re-edit label called Whiskey Disco. This camp is doing it proper, putting out releases with decent artwork on limited vinyl runs only. The music is described as suitable for 'Balearic bashes and defiant discos, raising the cosmic lever while lowering the tempo'. Sounds about right to us!
The first 12" has four tracks, all smooth edits by Sleazy McQueen. The cosmic explosions of 'Lolita' will work the floor. The familiar bassline and "toot toot, beep beep" of 'On and On' will surely get people shaking. The relatively obscure 'Mr. Vanderbilt' by Wings gets toughened and tweaked into a dancefloor bomb. But the SMQ edit of Jonelle Allen's 'Baby, I Just Want To Love You' is my pick of the bunch. I was never able to score a copy of this 1978 classic slow funker, so this gives me a chance at a nicely reworked version!
Whiskey Disco's second release is due out by the end of this year. Expect mysterious groups The Corsican Brothers and Tres Gueros to deliver (revisiting the Grateful Dead? You heard it here first!). The first release is already flying off shelves. I believe you can still find some copies at Juno, check HERE.
Some samples of the first release are below. This will of course be a project to keep your eye on as we slide into 2010!
Corsican Brothers Sleazy McQueen Tres Gueros Whiskey Disco