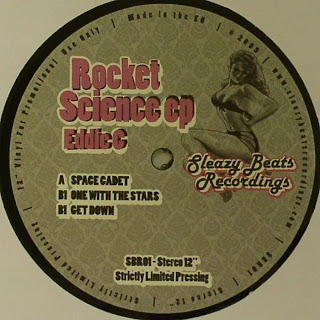 Our debut release by Canadian superhero Eddie C has sold out - the limited pressing (only 500 copies) apparantly flew off our distro's shelves, and the record reached the #2 spot on Juno's Disco Sales Charts. Thanks to all of you who picked it up and supported the release. A few shops still have a copy or two, so if you missed it before, grab one before it's too late!

We have some great new music lined up for you for 2010. We're currently getting everything in gear for SBR002, a two-track EP by The Beatdown Soundmachine, a mysterious Italian production outfit that wishes to remain anonymous for the moment. Both tracks (slow, deep loopy disco edits) have been given the remix treatment by Super Value's LTJ X-perience to great effect. We're expecting this record to hit the shops in February; samples and more info to follow soon.

Around April we'll be releasing a killer EP by Tornado Wallace (already a firm favorite of The Revenge and Craig Smith). This Australian newcomer is destined for big things in disco/re-edit land and we're thrilled to put out his debut single.

That's it for now, keep 'em peeled for more news and samples.