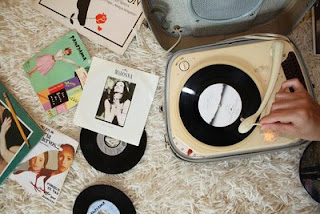 Things are busy here at Sleazy HQ, so just a quick update to share some nice reviews of our brand spankin´ new Sleazy Family Sampler (Juno´s best selling record this week, how amazing is that?!) we found perusing the net. In the following days we´ll be covering new music from Whiskey Disko, Kolour Limited, Voyeurhythm, Boe and Skylevel, so keep ´em peeled!

Juno:
"Good thing there isn't much to do on the Canadian ski slopes during summer, as Eddie C seems to have spent the warmer months knocking out a steady stream of killer releases. The man from Banff has just dropped a delicious new 12" on Hometaping Is Killing Music, and here headlines a four track EP that also boasts new material from SE62, Tornado Wallace and Daniel Solar. Eddie's effort kicks off the A Side, with the deliciously funky rolling rhythms of "Move Me" ably supported by SE62's "Out There", itself drenched in Motor City atmospherics. Flip over for Melbourne's golden boy Lewie Day aka Tornado Wallace, who provides some hazy summer instrumentation on "Stop Holding Back", while the midtempo tropical funk Daniel Solar's "Into My Life" rounds off one of the best samplers we've heard in some time."

Picadilly Records:
"Amsterdam's Sleazy Beats Recordings serves up their fourth platter of beatdown disco-house grooves. Eddie C makes a welcome return to the label with "Move Me", a delicious pitched-down chugger featuring sexy, soulful female vocals. Next up Home Taping's SE62 deliver a heavy rework of a forgotten Willie Hutch track - nice and fat, in a "Do It The Max" kinda way. On the flip Tornado Wallace also comes back to the Sleazy Beats fold, following his recent outing on Delusions Of Grandeur. Here he drops a killer take on Surface's “Stop Holding Back”. If you liked The Revenge's "Looking Up To You" edit, then this is a must! Lastly Daniel Solar (of No More Hits fame) wraps up the EP with a classy, dubby rework of Melba Moore's "You Stepped Into My Life". All essential for your disco, folks!"
Sleazy Beats