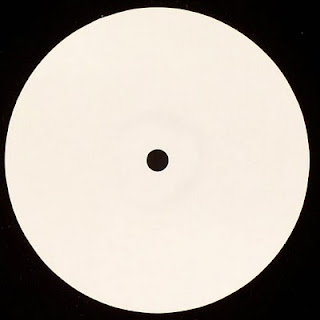 And blam! Onwards with more discohouse filth, this time on the somewhat mysterious ISM Recordings label, owned by the mighty Yam Who. This imprint has gone largely under the radar for me over the years and I can honestly say I know very little about it, but with heavyweights such as Yam Who, Ron Basejam and PBR Streetgang on three out of the four (different) tracks on this release - entitled 'Futurism', you'd have to be crazy not to fork out the measely 10 bones for it. Agreed? Good. Boiled cabbage for another week it is then.

The bright and early tee time here goes to Ron Basejam's lovely remix of Alena's "Changes", starting the ep off in fine form, fans of the ever-so-hot Crazy P sound should be digging this (Danielle Moore on vox here, ja?). Seriously catchy tune this. A2 is Yam Who's "I'm in Love" and is what we like to refer to as " a pleasant enough deep houser" and is indeed a great vocal house tune - but let's face it - it's probably the track I'd play least here. PBR Streetgang's "J2THAB" on the B is an in your face funk machine, nodding heavily to the late great Mr. Brown. Straight up, no chaser and gritty, I'll be sure to reach for this on more than one occasion methinks. Finally, newcomers (for me) Brothers Young slice up the infamous Trammps favourite Disco Inferno. I know you're thinking the world doesn't need a newly done version of this dead horse - but have a listen, it's basically only the bassline that's borrowed - plus it's tastefully done, so we reckon it's easily one to whip out for the right crowd.