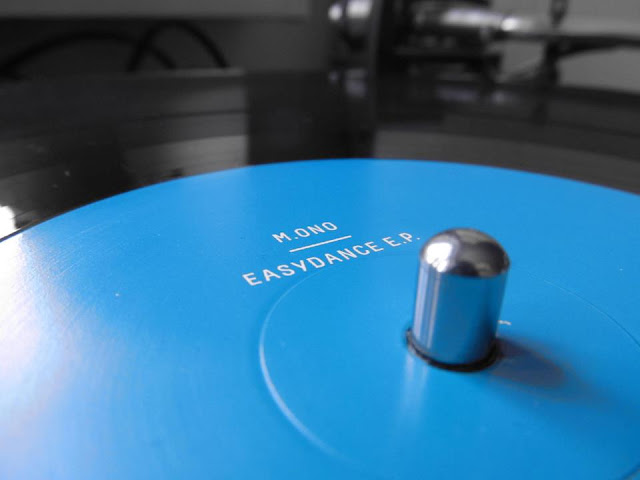 Labels these days often come and go like a fart in a brisk wind. Fly-by-night vinyl imprints with the aim of making a couple bucks (yes, good luck with that) or more likely looking to fulfill some self-serving need for notoriety by running a house label - start up shop, release one or two eps then call it a day for any number of reasons, disappearing in to a sea of defunct and sadly forgotten labels. Of course, most of these will only serve to stir up some emotions and memories for the purchaser ten years on, or maybe find their way into a second hand shop for 70% off. Or ashtrays, obv.

This has definitely not been the case with the Rose Records bunch when they founded their little labour of love back in '11 by some likeminded and kindhearted souls in Leipzig, nor does it seem this will ever happen. Now having reached their 4th delectable release though I think it's safe to say that we won't be turning any of their eps into art-deco record wall hangings anytime soon. Creating house music that's built to withstand the test of time is what these guys seem to do best, and the Easydance Ep is no exception. Rose releases have traditionally been a shared affair between Martin Hayes, Luvless and M.ono on each 12", however they've switched things up a bit here to give M.ono his own feature length outing, deservedly so. In contrast to what seems to be the favourite 'blue' side from the reviews I've read I've got to disagree, Kithara on the info side is my pick. I've always been a sucker for africana and I suppose the shuffly tribal beat gets me here instantly, and the spanish guitar creates such nice tension and locks you in for the ride. That said, the deepness of the two tracks on the flip are also right up my alley though. Perhaps being more trademark 'M.ono' with its looped female vocal snip that locks you in, Albany is more punchy of the two with tight knit percussion and a bit more cahonas and punch, with a great buildup. Holding Back California boasts much softer pads than the NY capital and definitely one more for the warmups, with another massive buildup smack dab in the middle. 'Hypnotize' finally, is all about the vocal for me. A playful house cut with vocal/synthline on repeat that does exactly what it says on the tin.

By now you know the deal as we've been giving Rose Records much love here on these pages before...limited run (250 copies), wax only. Timeless house...grab one quick before the discogs freaks charge an arm & leg (and they will). Juno now has copies in stock here
Luvless M.Ono Martin Hayes Rose Records