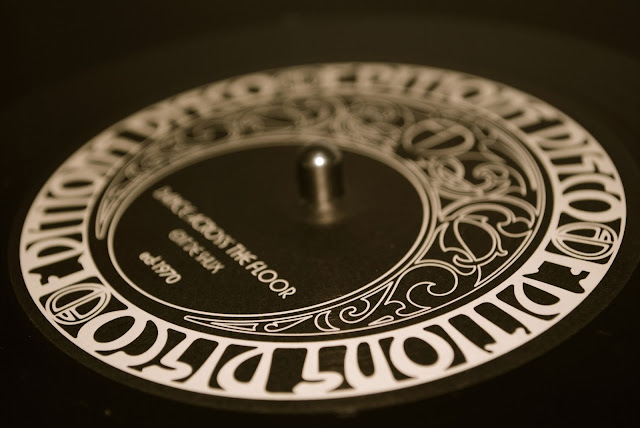 As avid record collectors we obviously try to keep track of new releases coming out. Nothing like discovering a fresh new name yeah? Well, actually, there is: discovering an old name you knew nothing about and spending all your lunchmoney on used copies on Discogs right away. We figured it'd be fun to try and share the wealth and cover some of those dusty puppies on here every once in a while. If needs be, we'll even upload some tracks to youtube for your convenience.

First up is the debut release on Editions Disco, a label run that put out eleven releases between 2005 and 2010 by the likes of label owner Prince Language, Kai (KZR) Alce, Jacques Renault and Rong's Lee Douglas. We're talking edits from an era in which minimal teshno ruled supreme, Ableton had yet to be invented and doing an edit took serious, serious patience and a solid knowlegde of Acid Pro. I stumbled upon this release while searching for tracks by Jimmy Bo Horne (of 'Spank' fame) as a longtime fan of his chunky soul. His 'Dance across the floor' classic gets the rework treatment from Shux (an alter ego of Brennan Green), who extended the intro and looped up some parts but kept the badass original largely in-tact. Yes, it's a raw and choppy edit, and yes, it drifts all over the place and yes, it is a total bitch to mix, but fret not: chop, fade and watch the kids go ape.

On the other side Mr. L (Prince Language?) gives The Trammps' soft and slow soul burner Rubber Band a similar treatment. Perfect smoochy end-of-the-night track that really hits the spot. The entire catalogue of Editions Disco (with its lovely Art-Deco look) is worth tracking down (a particular highlight being Kai Alce's edit of Lollipop) but it's this first release that's at the very front of the bag at the moment.