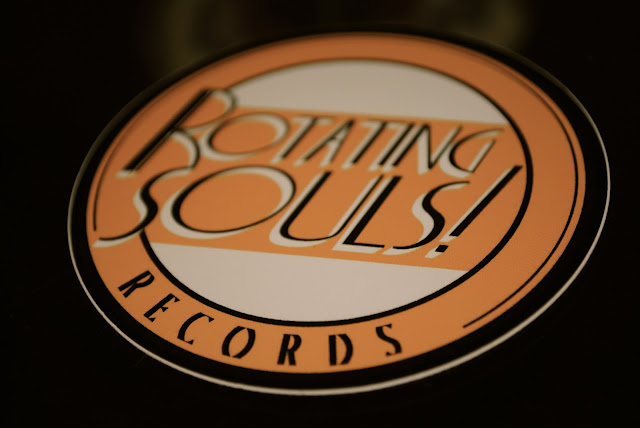 At the end of 2011 we predicted big things for boogie. I think at some point I even went as far as prophetising that boogie was to 'dragonpunch' disco in 2012. Yeah so that totally didn't happen did it? Instead of boogie we got the 90s house and UK Garage revival (which we don't particularly care for) and I proved myself a false prophet. Which is a real shame, as there's a lot to be said in favor of boogie. To a certain extent, it's disco's naughty cousin, with just a bit more spunk or pizazz if you will. See, I love Nile Rodgers to bits but he doesn't have that 'badass factor' Kashif does. And while most disco fanatics rely heavily on the days of yore, producers like Dam Funk, Tom Noble and Inkswell have been pushing new and original boogie for years now, adding their own magic to the glitch and cheek of the sounds of the 80s. I also stumbled upon an ace East Liberty Quarters boogie release on Pittsburgh's Rotating Souls imprint last year, featuring a bunch of contemporary boogie cuts you couldn't sit still to. You can imagine my excitement when earlier this week a package from the USA arrived with two promo twelves from Rotating Souls, another East Liberty Quarters record and an EP by Pittsburgh Track Authority (P.T.A.). They're both bloody amazing records, but for now I'll be covering the P.T.A. record as it happened to hit the shops in the UK today.
I'd heard of P.T.A. but don't think I ever actually heard one of their tracks before Curt Jackson, who curates the Rotating Souls label, got in touch for our address details. Some quick and dirty web-recon got me this intel: P.T.A. is a three-piece band/outfit, at least one of them is a dab hand at doing both deephouse and boogie, they run their own imprint(s), they're obviously based in Pittsburgh and they delivered an absolute pearl of an EP for Rotating Souls here.
April Boogie on the A1 is a lovely piece of chunky modern analogue boogie with stuttering drums, slick synth lines, soothing keys played by 80s hero Craig Peyton and it funks like the proverbial bastard. Also on the A is Revelation, which might just be the best friggin' disco edit I've heard this year.  The P.T.A. boys expertly whipped 'Feel It' by Revelation (1981) in shape by cutting off the not-so-fantastic first half of the original tune and building on the second half of the tune, looping a few choice bars with some incredibly infectious guitar licks,  smooth percussion, muted trumpets/horns and lush Philly strings. What is already a killer groove really gets going when the vocal comes in. How coool is that, taking a mediocre track and turning it into dancefloor gold?  Every year there's one or two edits that really make me fall in love with disco again. Last year it was Justin Vandervolgen on ChannelXXX, this year it's P.T.A. on Rotating Souls.
On the flip there's PHX831, a rework of Isaac Hayes' Disco Connection. The P.T.A. lads stuck to the superfast tempo of the original (I reckon it's around 130 BPM). Nothing the pitch fader can't fix though, and the clever tweaks, nips and tucks work a real treat here. On the B2 there's more of that fresh boogie magic in the form of Moving2hard, a mesmerizing, spaced out gloopy groover, nicely rounding out the EP. The artwork deserves a special mention too, as the Rotating Souls releases always look amazing. Curt tells me it's done up by Dr. Scientifical, label boss of The Harmony Society, yet another Pittsburgh based imprint.
Copies just landed at Juno, don't wait to long, these always sell out quick and will change hands for a lot of money on Discogs before you know it. Beast of a release.
Big thanks to Curt/Rotating Souls for sticking the record in a mailer, there really is nothing like getting records sent in the mail.
East Liberty Quarters Pittsburgh Track Authority Rotating Souls