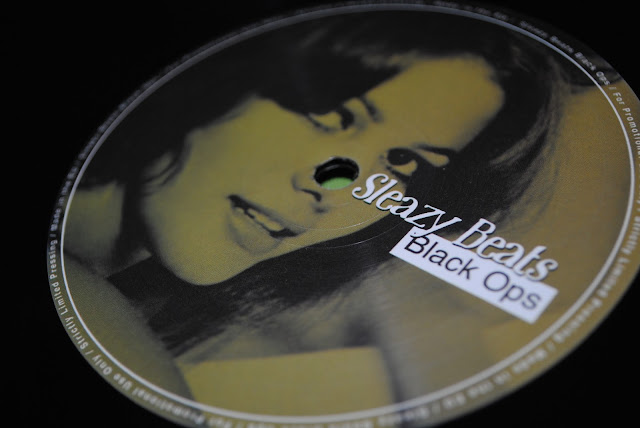 The fourth installment of the Black Ops series just hit the shelves (in fact it just sold out from the distributor, so by the time you read this the shelves might have already been pillaged), always a proud/scary moment for us. After months of tinkering with pre-masters, masters, artwork, test pressings, sales notes etc, it's a majestic feeling to hear the doorbell ring and see our delivery guy with a big box of records coming from the plant: it's finally finished! This release is quite special to us, as we somehow managed to talk Max Graef & Andy Hart into doing a record for us. The lads have been on a real roll as of late and the tracks they let us release fit seamlessly into the Black Ops take on house & disco.

Here's what the reviewer at Juno had to say about it:

A Berlin/Melbourne soundclash of delightfully juicy proportions, Graef and Hart have concocted three ace compositions right here. Filtered to the max with big jack swings, each one of these will find favour on late night floors. "Biting" is the slinkiest, sleaziest of the three. Complemented by the quintessential deep house wailing vocal and a raising chord structure on the fill, it's an instant elevator. "Heavy Setters" comes complete with an array of disco bubbles and an added thump on the rhythm while "Pass The Mortek" rides atop of a slinky percussive arrangement. Great for nu-disco and deep house heads alike.

We hope you like the record as much as we do! Available at most good record shops while stock lasts, like Piccadilly or Clone.