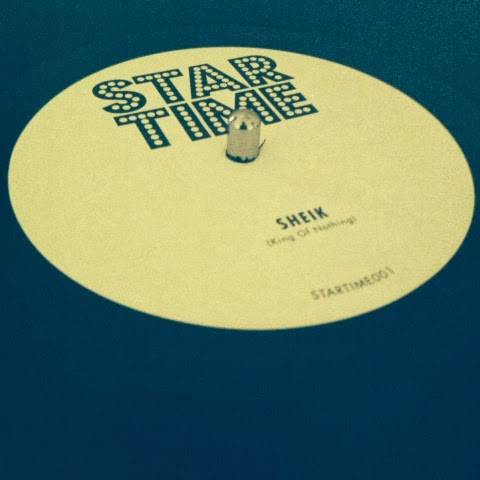 The self-proclaimed king of nothing aka KON has been outdoing himself these days, knocking out dancefloor bomb one after another and thus boosting his street cred to Benny Blanco level and then some. I'm ashamed to admit my only finding out about the man after his remix of Sir Own's "Hooked" back in early 2012. Sad this though, cause now I'm playing catchup with some of his ace comps he's put together with partner in crime Amir on BBE, not to mention all the mixes they've also put out together.
He's gone and hit the bright lights this year too, with a monster LP on BBE entitled 'On My Way', which is surely selling well. We weren't too fond of this one however to be brutally honest - something about it wasn't sitting right for us, and thus we gave it the ol' passeroo. Horses and courses, yaddayadda.
Anyways on with the show, cause now he's gone and done a massive edit of two very obvious tunes, but it's a glorious 12" and it'll be in our satchels for years to comeOf course we're on about his shiny new one entitled 'Sheik' on new imprint Star Time, with his extended and extremely rubbed-in-the-right-direction edit of Chic's megahit 'Good Times'. Yes of course the original of this tune is amazing and yes there'll be loads of people saying it doesn't need an edit, but this mix oozes class and panache, and will surely put asses on floors; arguably what dj music is designed to do. This has been on many jocks' wantlist since the blade wielding Bostonian put it up on his soundcloud a year ago. So damn worthy of a vinyl release, a real monster tune. Don't take our word for it, check out the tune below.
Flipside sees the 'doodoodoodoo, clap your hands clap your hands...' Chic tune that's been done close to a million times already. But this one's still good, as good or better than the other re-works, and will also see playtime from us no doubt - but not as much as the A. Ooof. What a banger.Couple of shops still have copies but this is getting a bit tough to find. One of our favourite shops Picadilly seems to still have stock HERE.
Chic Kon Star Time