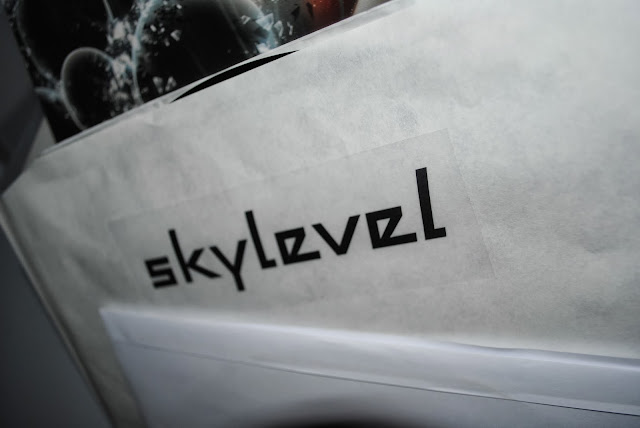 'Oh Skylevel, how I love thee. I wish more of thy contemporaries had the balls to put out what feels right instead of choosing for what could possibly sell well'

Bet you didn't know that eh? Ole William rinsing some fresh edits way back. Must have had the super early promo, the cheeky git. We're not complaining mind, as we got a regular white label promo in just now, and Will sure wasn't far off the mark back in the 1600s. There's something really special about the Skylevel edits imprint indeed. For one, it's run by a very well-respected crew, who have chosen to keep their involvement shrouded in mystery, instead of banking on their own credentials. Then there's the dashing artwork on the sleeves, featuring intricate pencilled drawings from the days of yore, which makes the releases all the more collectable. Most importantly though is the music itself. Yes, we're dealing with edits here, but the curators at Skylevel HQ have never been ones to go for cheap thrills. Their rejigs and reconstructions are the result of mining library records, digging through crates of Krautrock and exploring musical avenues many names in the game don't even know they exist, without ever losing sight of their sense of purpose: getting people to dance. Dropping the needle on any Skylevel record will have the punters running to the booth faster than Miley Cyrus can take her top off.

The sixth installment of the series offers another glimpse into the wonderfully wonky Skylevel universe. Track A, Mellow June, is a delightful oddball of a tune. Hop aboard this chug-express and chant along to a weird yet oddly familiar-sounding 'Ingrish' vocal and enjoy the Eastern sounds and instruments. It's got pulse, cheek and flair in equal measure and is a perfect tune to change and spice up the vibe of your set.

Flip over for some pure disco gold, courtesy of Rush Hour's Nebraska, who also made an appearance on Skylevel 02. Here he flips Patrice Rushen's 'Haven't You Heard' on its back, ups the tempo and using just a few of the piano lines creates an ever-building nugget. Once the familiar vocals finally do drop it's one of those glorious, smiles-all-over-the-place moments. It might be one of the most conventional edits the label has ever put out, but it works an absolute treat.

The Skylevel bosses drop the tempo on 'We Found You', the closing act of the release, a slow motion groover with fine guitar licks and sweet piano licks. Great stuff for bars and beaches.

It's another glorious effort by the Skylevellers, another essential 12" to add to the collection, another record to fall in love with. Miss at your own peril.

Out in a few weeks, listen to samples and pre-order here