Spleen - Fusionary Pt I (Back To the Balearics) 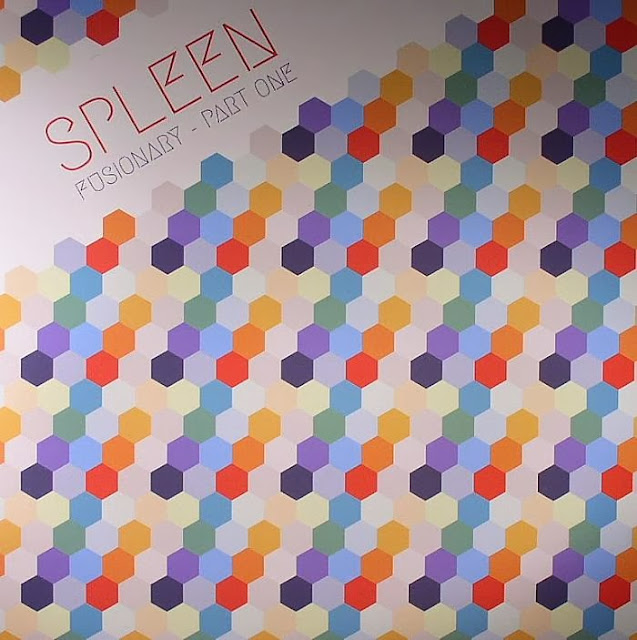 The 'downtempo/moody/dreamy' section in my record collection might be quite modest in comparison to the hundreds of disco records and the thousands of house twelves I've amassed in the last decade and a half (much to the chagrin of my better half I should add), yet over the past years it is precisely this section that has slowly but surely become the focal point of my homelistening escapades. I blame the wee buggers in my household: there's only so much hi-energy italo one can handle after yet another broken night with toddlers squeeling about impending monster invasions and misplaced ponies of the 'my little' persuasion.

The latest addition to the rapidly expanding wonky downtempo tackle section on my shelves is Spleen's recent EP on Back to the Balearics. The label's lush inaugural release by Maricopa has been one of the highlights of the year for me, with its otherworldly, soul soothing dreamscapes which could best be described as the sonic equivalent of a fine cup of Celestial Seasonings Tension Tamer tea. (If you missed that record, check it out here). I'm happy to report the sophomore effort from the BTTB label falls into the same category.

Spleen - a production outfit from Berlin - manages to steer clear from the much-ridiculed 'balearic template' (five minute beatless intro, cosmic pads, soft drums, noodly guitar, presto), capturing what sounds like impromptu jamsessions of a bunch of musicians with a love for rhythm, jazz and dub. Lead track 'Not So Far' immediately brings back memories of Tosca'a seminal Suzuki/Suzuki in Dub, two records I played to a mad pulp in the 90s. A slow, shuffling broken beat get propelled forward by a moody bassline, crips percussion, bits of guitar and some fine humming. In a way the track is the antithesis of the output of the Ableton masses, as it's not a clean loop-driven synthetic affair, but a proper song with tiny flaws and oodles of flair. On 'Works' on the B1 the dub-ante is upped considerably, and to great effect. If you liked Boozoo Bayou back in the day you'll love this slow, dreamy groover with its live drums to bits.

'Fragments', also on the B-side, sounds like an extended interlude with its bare beat and eerie chanting. A nice little bonus on a really special record indeed. Organic mission accomplished, look forward to hearing more from Spleen (Fusionary Pt II should be a safe guess?) and the BTTB label, who have another Maricopa record in the works that is bound to be sound.

Back to the Balearics Maricopa Spleen