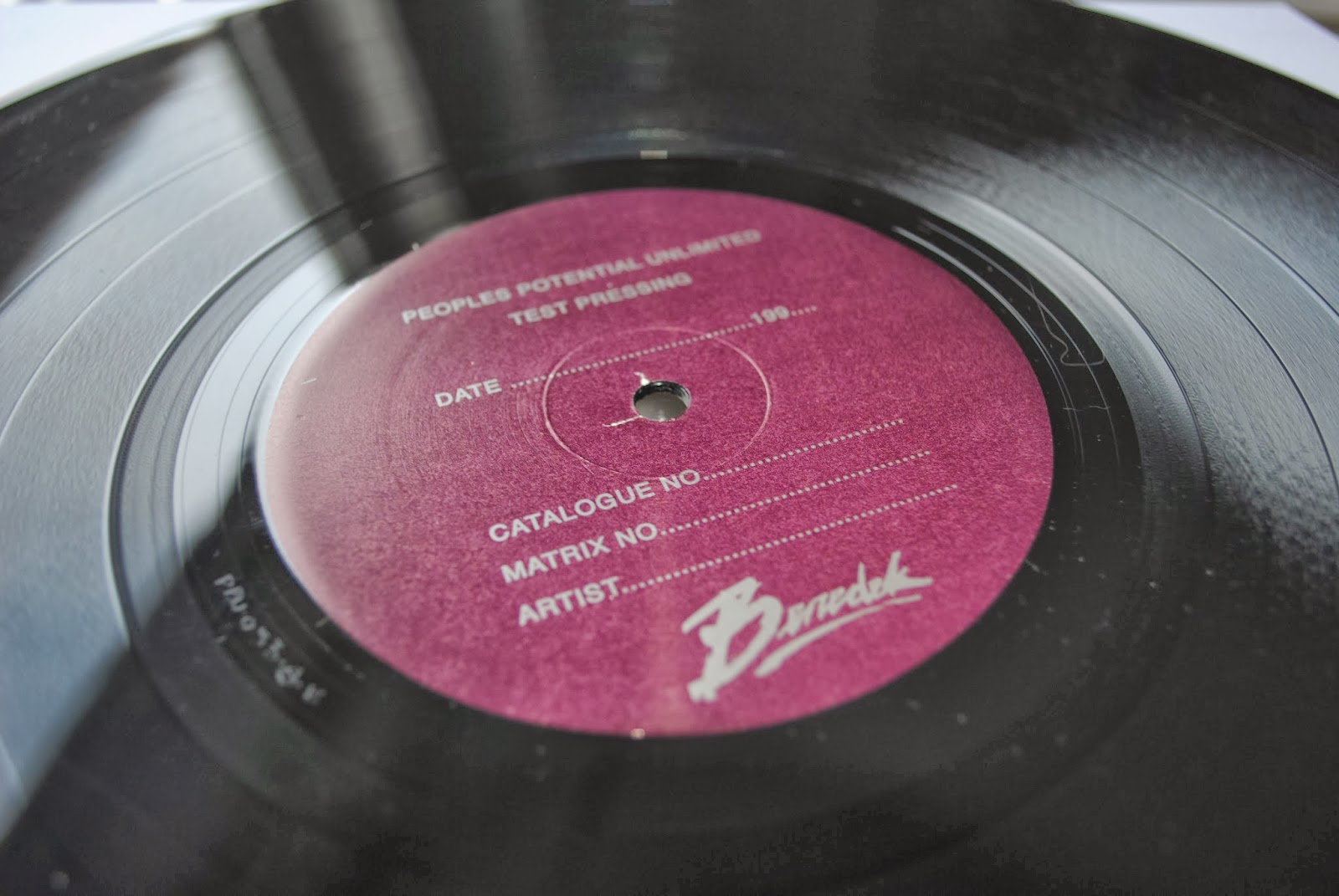 Another release from the tail end of 2013 that I've meaning to write about is Benedek's 'Unitled Debut LP' on D.C.'s rather in vogue People's Potential Unlimited. If you have a taste for electronic boogie - old or new - chances are you have a few PPU records in the stacks. I first caught on when a reissue of Midnight Express' 'Danger Zone' surfaced on the label a few years ago. It's been interesting to see them expand their horizon and take on new music - and quite successfully too. Some of the biggest names in the contemporary leftfield boogie realm have graced the PPU imprint, including the ridiculously talented Moon B, whose Sussegad 12" was a bit of a biggie last year.

Their latest find is L.A.'s Benedek and his 'Untitled Debut LP'. Benedek tries his hand at many different styles over the course of 8 tracks, ranging from quirky, stuttering 4/4 beats (A2), lush spaced out downtempo electronica (A3 and B3) and ballsy proto-house (B1 and B2) that reminds me of Metro Area's gear a little, but it's the more straight up boogie cuts that stand out for me here. The opening track of the LP with its square, analogue drums and smooth synth lines showcases Benedek's knack for emulating that 80s boogie sound and adding his own twist to proceedings. It's the track on the A4 - Breeze, according to Youtube (the LP doesn't come with a tracklist) that is the pick of the bunch here. If you like Suzanne Kraft's output, enjoy Dam Funk and thought Metro Area where far ahead of the pack when they released their nameless debut longplayer, you're in for a treat.

Fabulous debut, I will be keeping a close eye on Benedek from now on, it's obvious the kid's got game. It's too bad this release wasn't spread over two twelves as there's a lot of music squeezed onto both sides of the vinyl now and a single slab of wax doesn't quite merit the hefty asking price here.

Pick one up here or get one from PPU directly, I ordered a bunch of records from them and they arrived in less than a week. There's a 'surprise deal' up on the PPU site too, a big box of records for 200 bucks. You know what they say, 'don't drink and mailorder'....
Benedek People's Potential Unlimited Suzanne Kraft