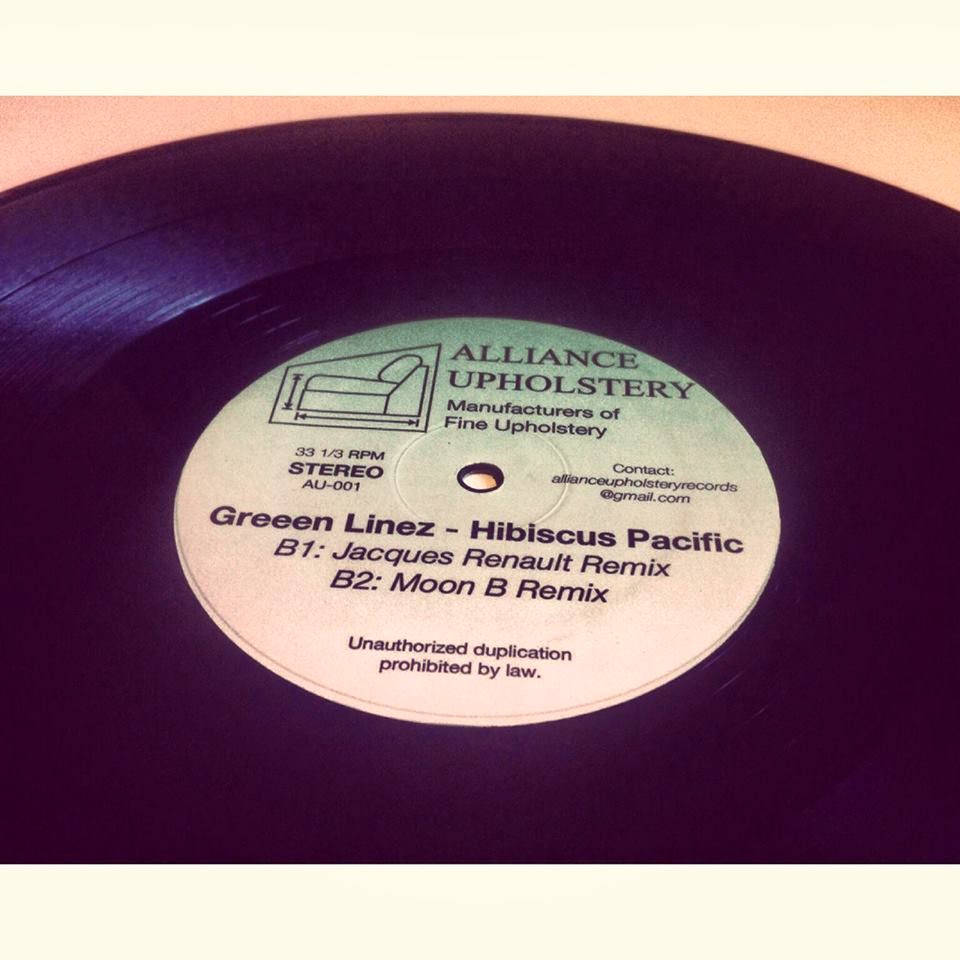 We've just stumbled over some exciting new wares by new names for us, a disco meets balearic-ish duo called Greeen Linez - hailing from different corners of the globe. Chris Greenberg and Matt Lynn both come from the UK actually, although the latter currently calls Tokyo home where he lives and runs his label Diskotopia. It's also in Japan where they've seen a bit more attention recently with remixes for the likes of Seahawks and a 2014 release on hefty Japanese label Catune. The end result in the collaboration between these two here is a lovely erm, "yacht rock" escapade called Hibiscus Pacific, which isn't quite disco, isn't quite balearic and somehow just ain't rock either. Let's just say to hell with labels and genres though, if this is yacht rock then well, we like it. SB approved. Alliance Upholstery is the new (Diskotopia sub) label on which this glorious tune will make its vinyl debut along with 3 other completely new sounding remixes from some heavyweight producers. With all that as an intro mouthful then, let's move on to the music shall we?

On the original tune you'll find the full track in all it's glory - an in-your-face summer synth & piano riff cascade from an ever reliable Yamaha DX7. Slow tempos and swathing and churning 80's cheeze galore. The tune actually made its debut in 2012 on Greeen Linez' 'Things That Fade' CD - and thus the video for which can be found on YouTube with loads of hits already. Check the tune and video out below as you read on…it'll have you whipping out the yellow Sony walkmans and waxing up your windsurf machines.

Remix 1 comes to us courtesy of Senor Jacques Renault (DFA/Let's Play House), who churns out a more minimal more house sounding effort of the original. While not our favourite on the ep, it's a super tight and classy heads down deephouse workout with the synth line from the og that pierces out from the shadows ever so often. Remix 2 is courtesy of Sorcerer of Tirk/Nang fame whose 'Whisper' remix is just what the doctor ordered. Breezy and more on the balearic tip with its slower tempo and trademark bird sounds, it's cocktail warmup grooves of the highest command. Would not be out of placein a Phil Mison afternoon beach set we reckon. Finally PPU master of disaster Moon B conjures up an eerie yet warm rendition that takes things in a completely different direction.

Drops in all good shops on March 25th according to the sales sheet, so be quick and grab a copy of this monster 4 tracker. Pre-orders available by shooting an email over to the label at allianceupholsteryrecords@gmail.com