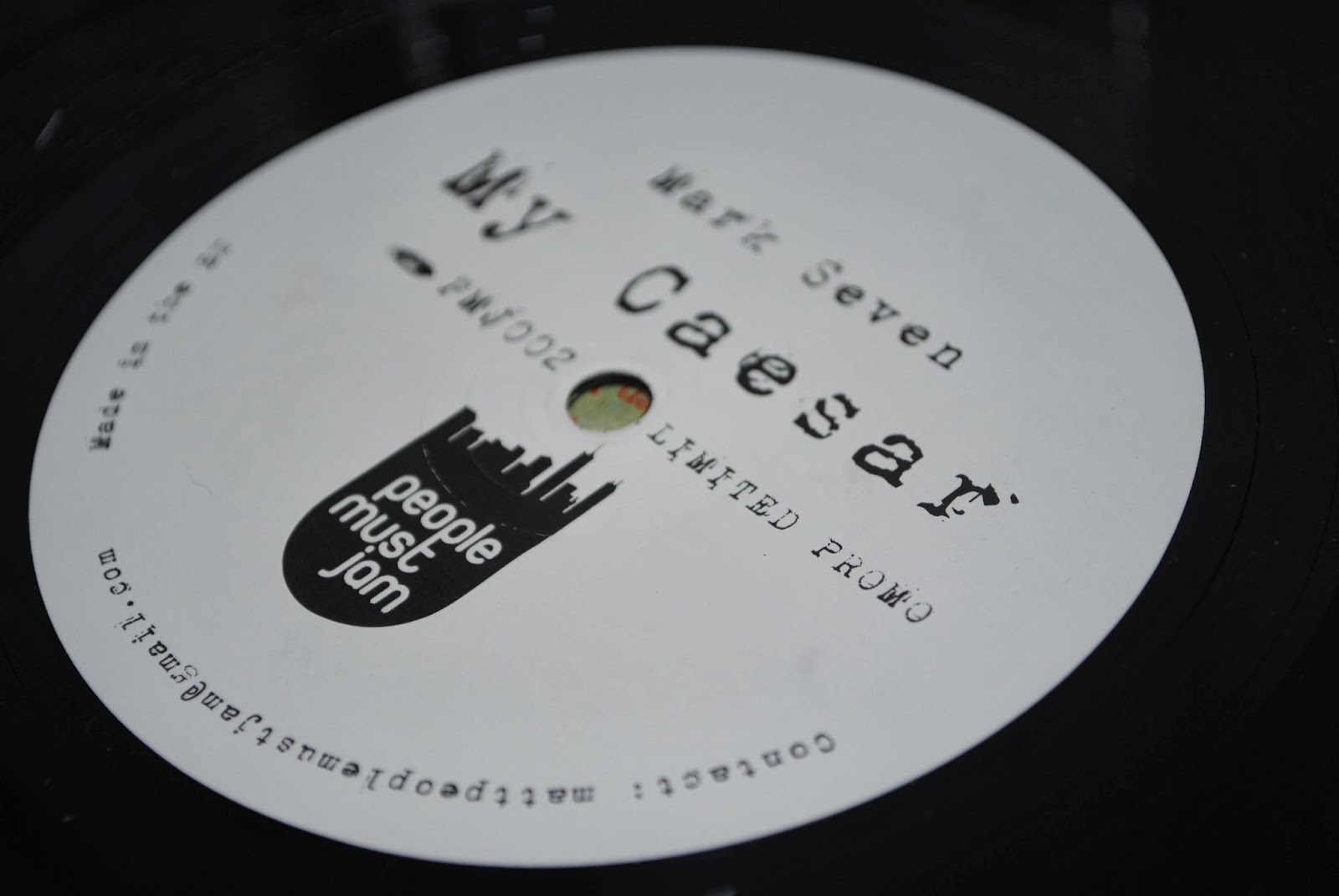 The first release on Australian vinyl outpost 'People Must Jam', featuring four banging disco edits from perennial favourites like Frank Booker, Al Kent and Out in The Sticks, quickly found its way into our bags last year and has been sitting there snugly ever since. We kindly got sent the label's sophomore effort, a limited one-sided 10" by Stockholm's Mark Seven, which my regular postman Abdel dropped off this morning, shaking his head and cursing ever so gently. 'Don't you have enough of these by now pal?'. While some questions do not merit a serious response ('STFU Abdel'), a few kind words about this release are in order, as it's special stuff indeed.

Mark Seven is one of those contemporary legends that doesn't need spreads in Mixmag or an army of sycophants on RA licking his rear. He's been quietly building a reputation as one of the world's best diggers/selectors, exploring that exciting realm of disco/krautrock/proto-house/wonky balearics like no other. From his homebase in Stockholm, Mark has been travelling the world with his bags of records and spoiling discerning crowds in some of the finer clubs around. He's also been building quite the catalogue when it comes to releases, with his deep and moody productions for Japan's Endless Flight imprint standing out in particular. If you liked those records, you'll be all over 'My Caesar' like the proverbial donkey on a waffle. Mark Seven goes for a lolloping, deep as you like mid-tempo groove. Big drums and crisp hats set the pace, acidic synth lines set the mood and a classic female vocal completes a mesmerising package indeed. It's quite a departure from the 'naughty but nice' disco stylings of the first release on People Must Jam but it makes the fledgeling imprint all the more interesting. I love labels that have the balls to switch things up and take a punt.


Have a listen to My Caesar below (please note, we chopped a bit off the intro and outro to make things a little less appealing for the rip 'n share crews and the shitty bitrate is not a patch on the sound of the actual wax)

It sold out from the distributor before it even hit the shops. The first batch is gone from all the big haunts, but we've been told most shops will get re-supplied shortly. Meanwhile, keep track of all things PMJ over here