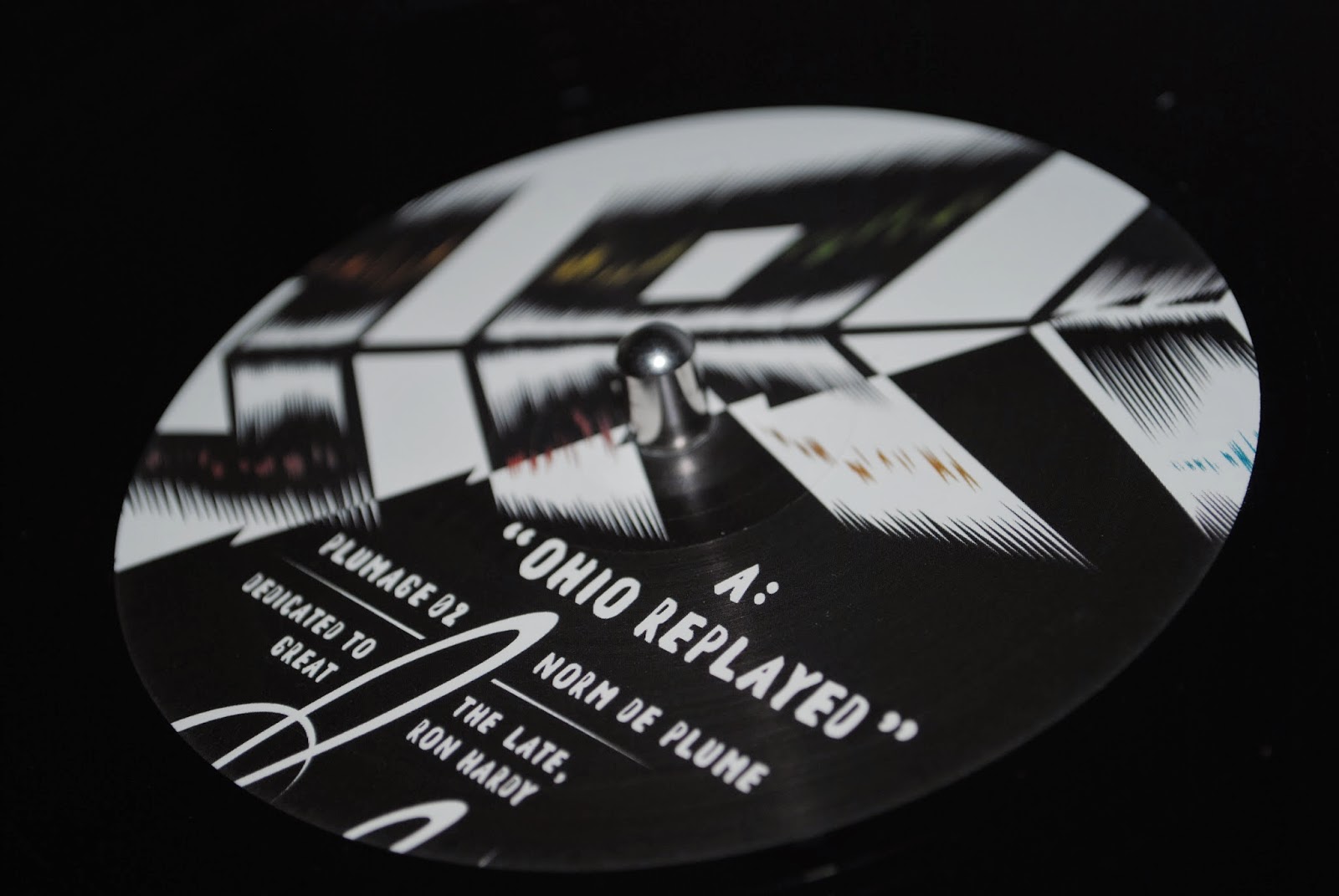 It seems that every time we play in a club and there's a photographer around, they manage to snap a shot of us while Norm de Plume's first release on Plumage is on. Then again, the occasions where we haven't played that record since its inception in 2010 have been few and far between; 'Give It Up For JM' in particular has become a bit of a staple of our sets. The Delusions of Grandeur podcast curator followed up on that release with a big, big record for Kolour Limited in 2011 (a release that is now changing hands for silly cash) and seemed destined for greatness, but it's taken three years for a new EP to materialize, an eternity in this industry that is governed by hypes and overnight stardom.

You can imagine our delight when a new release on Plumage started popping up in the pre-sales sections of some of the larger vendors. We got in touch with Norm (or Pash as the postman calls him) and he told us the radio silence wasn't intentional or planned at all, things were just busy with work, helping out Jimpster running Delusions of Grandeur, moving in with his significant other and other grown-up stuff. It's good to hear that in spite of these growing pains every thirty-something has to endure (oh have we been there!) Sir de Plume sure hasn't lost his panache in the studio.

It's Ohio Replayed on the A side that is the main attraction for us here. It doesn't take a PhD to figure out the source material at hand, but within a few bars you know you're dealing with something special and not just a lazy cut and paste job. Norm unleashes a slick and deep as you like low-slung groove gets pushed along by shuffling hats, fat bass lines and a vocal loop that builds and builds but never quite breaks, keeping the tension going for the duration of the flight. Is it an edit? In a sense, yes, but Norm de Plume seems to have built up a new track from scratch, using some clever samples and parts of the original, instead of chopping up, overdubbing and timestretchting a track and layering some drums over it.  Yes, there's obviously loads of loop-driven disco tracks/edits doing the rounds, but few pull it off with so much flair. One to lock firmly in the bag for those early/beachfront sets for years to come.

Tropical workout 'Stretchin' Gretchen on the flip is a bit too loopy/sparse for me, but 'Ohio Replayed' is more than worth the entry ticket and will get a fierce beating round these here parts.

Vinyl only and limited to 300 units, get one now before they're all gone! Meanwhile, Norm de Plume is working on a follow-up EP so chances are we won't have to wait another three years for more material.