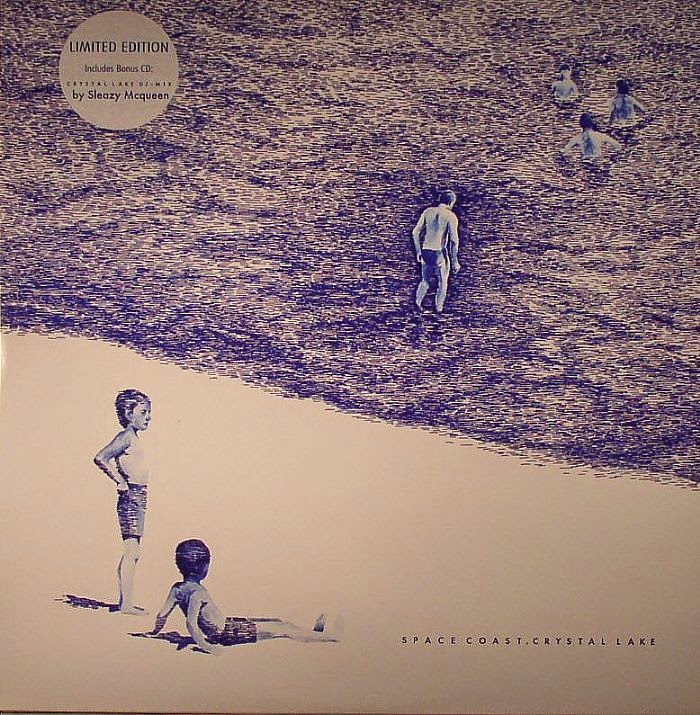 Space Coast emerged last year with their debut EP 'Vibe A.M.' that dropped on excellent French label Lost Paradise, that we um, how you say…"rinsed to a bloody pulp" - most notably the Social Disco Club mix of the title track. The boys behind the Space Coast rocketship controls - Sleazy McQueen and Jorge Collazo have apparently been busy with their heads in the studio sand, and are now back with their debut full length LP entitled Crystal Lake on Glenview just in time for summertime shens. It's a bit more of a charged affair than what we're used to, but hey that's how we roll sometimes isn't it? Just don't try calling us one-trick ponies, aight?

Undoubtedly the entire affair is quite dancefloor oriented with higher tempo cuts of cosmic disco and house jams as would be expected from a McQueen joint, and yep things do stay largely four to the floor. Fans of earlier Spirit Catcher fare should be keen on lapping this up - as it's similar sounding party-starting material going on, with shimmering spacey effects and sloppy handclaps galore. With seven tracks on offer it's been hard to pick a fave, but 'El Mesanje' would be one of our chops of the litter I think, a chunky chugger with a burlish but delicate acidline, sexy spanish female vocal and driving pulsating beat, bongo badassery and stucatto vocal that snap in around the halfway mark. Catchy synthlines dominate the latter half of the track too, which'll have you whistling dixie in no time.


With 2 sweet slabs what more could you want? Not to mention the amazing artwork on the sleeve, also included in this excellent package is a full length mixed cd by Sleazy McQueen, with a few tunes from the LP plus tracks from the likes of badass producers BG Baarregaard, Eddie C, and Volta Cab (also from Lost Paradise) to name a few. This one's out NOW on digital and chunky wax, so choose your poison and proceed to get on down (but go for the wax, duh). Juno's got a couple left here.
Collazo Glenview Jorge Lost Paradise Sleazy McQueen