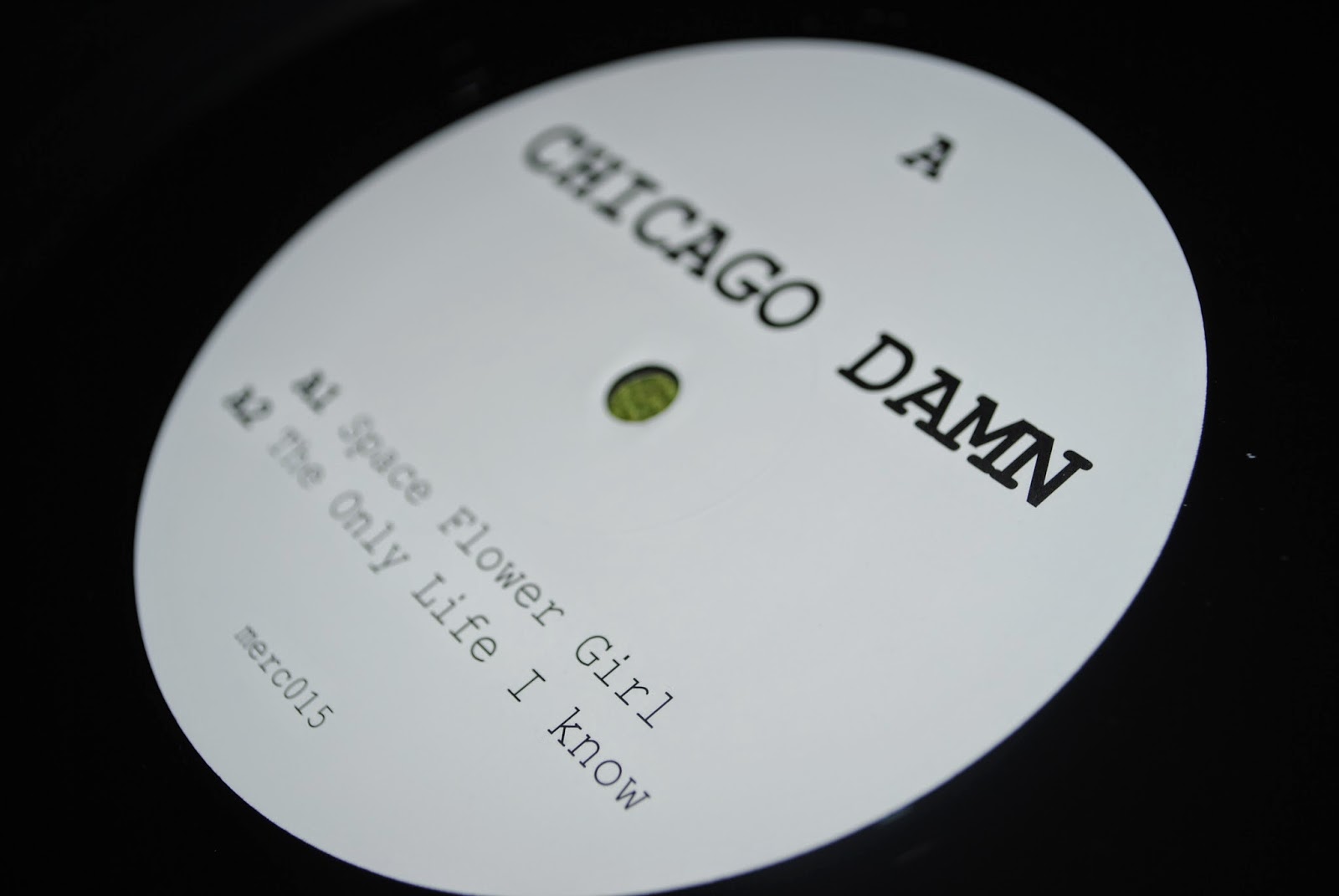 As of late, Chicago Damn hasn't been the most prolific of producers - which might have something to do with the fact that the poor sod had triplets (!) a bit over a year ago, I kid you not - but ever since the elusive producer first emerged on Mark E's MERC imprint back in 2010 he has been one of the most interesting producers around. You never quite know what to expect from the man - his productions range from leftfield electronica to fierce dark house - yet his style is both instantly recognisable and inimitable, encompassing soul and grit in equal measure. While most of his tougher output isn't for me, Chicago Damn sometimes turns his hands to slower, dreamier gear that seems to speak directly to my soul. I've had a minor obsession with his 'Different Worlds' track for years now, and his most recent effort for MERC falls right into that same category of records to cherish.

The spaced out, guitar-driven and brilliantly titled 'Space Flower Girl' is one of those tunes that is rough and rugged and warm and gentle at the same time. Once you get past the wonky intro and the guitar melody kicks in and the hats start working their magic the tune grabs you by the balls in a way only some of Theo Parrish's finest productions can. There's even some Theo-esque phaze effects going on, what's not to like? Have a listen below and try not to nod your head, I dare you.

'The Only Life I Know', also on the A, sounds like it was put together using a keytar, a male vocal loop (I'll eat my hat if the sample isn't lifted off some weird glam-pop band from the 80s sporting mullets), understated drums and loads of whizzy effects. Even though I fear this might be a tune that would clear a packed floor in a minute, it really has its charm and kudos to MERC for having the balls to put out something weird and experimental. Flip over for 'Beautiful Day', a funky Brazilian stomper with a fat groove, crazy percussive rhythms, some horn stabs and some hauntings synth lines. 'Leanin' brings things back to good old fashioned deephouse with its sharp claps and synth lines, which wouldn't have been out of place on Svek back in the day - which is obviously a good thing. A really strong EP then, with Space Flower Girl being the standout cut for me.

Pick it up now if you want it on vinyl. I'm pretty sure it'll also see a digital release at some point, if that's your weapon of choice.