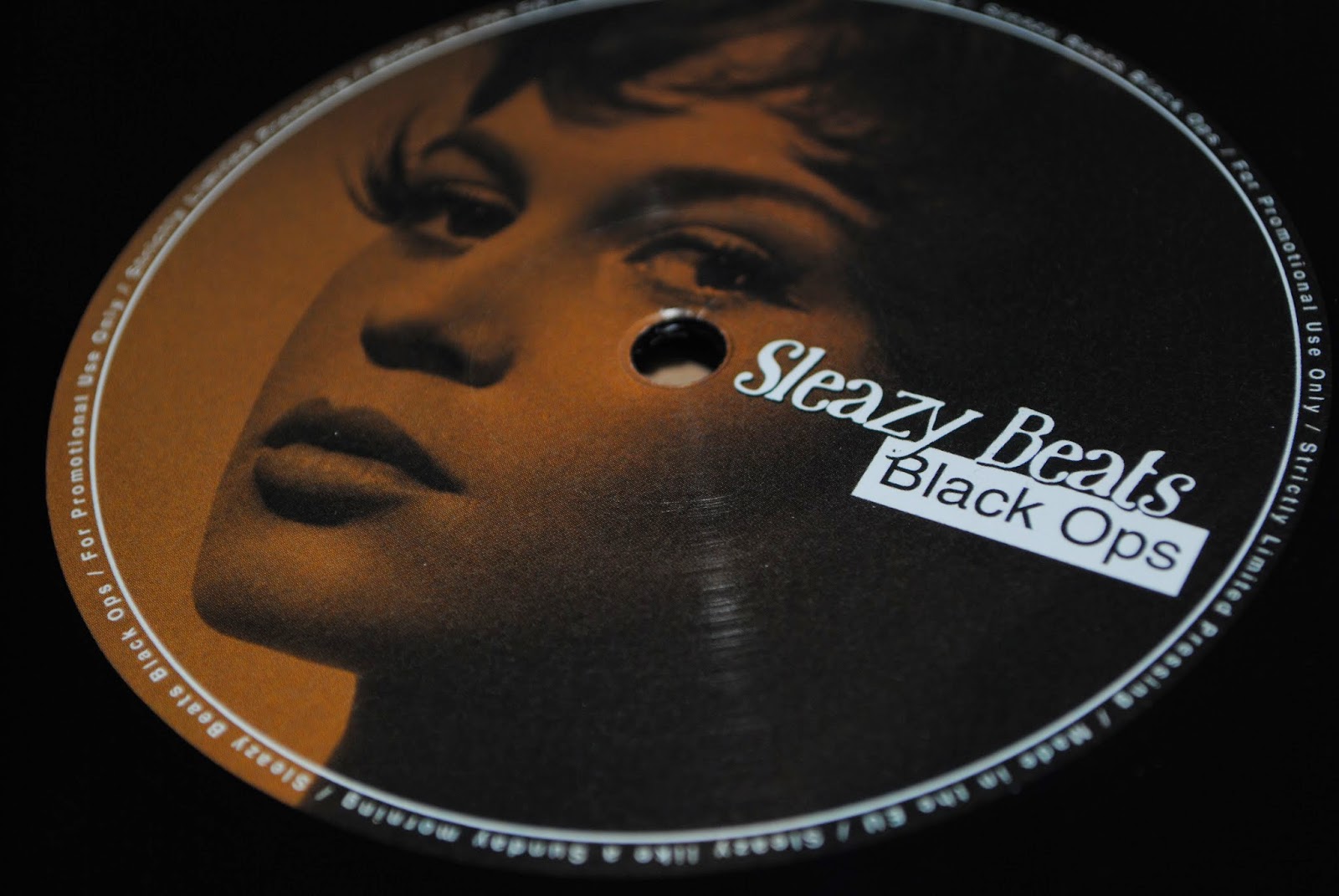 The fifth release on our own Black Ops label saw the light of day earlier this week, coincidentally the first Sleazy Beats record we've put out on this imprint this year. We'd been following Saine ever since he released an incredible record on Must Have (I nabbed the last copy of that at Clone, it's now really hard to find) and he released one of our favourite EPs that surfaced last year on the excellent Odd Socks label (Traces being a particular fave, one of those tunes that feel like a warm blanket is being wrapped around you on a cold winter day). We originally had a record by M.Ono & Luvless planned but they've been very busy and needed some more time to finish tracks, so we switched up the release schedule a bit, got in touch with Saine and presto, a new record is here. Or, more accurately, was here. We're still trying to fathom what exactly happened, but it pretty much vanished from the shelves within 24 hours of it actually being out. We've done 15 records by now and some of them sold out really quickly indeed, but we're never witness mass hysteria like this, especially given it was released a week after Record Store Day and we assumed the record collecting masses had shot their collective wad already. There's been an incredible number of request for a repress from shops and fans alike, and for the first time since we started this venture it seems the no digital / no repress policy - that's been an integral part of our identity - is actually working against us a little. Is it fair to expect people to buy a record within 24 hours or miss out? Then again, as a pair of proper record collectors, we hate it with a passion when we make an effort to buy something that's sold as strictly limited, which then simply gets repressed time and time again. In short: we have a minor conundrum on our hands.

So it's a bit weird to announce the release of a new record - and a very exciting one while we're at it, if you ask us - when it's virtually impossible to actually buy a copy. Either way, hopefully some of you got your hands on the record, or will one day stumble upon one it in a shop that doesn't do mailorder.

Have a listen to the tunes below, we really hope you like them as much as we do. Here's a few words by the scribes over at Juno:

"The last producer to appear on the Sleazy Beats Black Ops series was Max Graef, sharing space with Andy Hart on Heavy Setters EP in the summer of 2013, and since then the young Berliner's career has sky rocketed (as indeed has the record with Hart which is now changing hands for seriously silly money on the used circuit). It's tempting to see how Finnish producer Saine fairs after people acquaint themselves with his Business Hours EP for Black Ops, certainly it demonstrates a nice cultivation in style and approach from previous releases on Odd Socks and Musthave Records. Equally adept at producing instrumental head nodders or raw MPC-style beatdown grooves, Saine focuses on the latter across the three cuts here with the disco flecked finale "Scrabble" the highlight of a very strong release indeed"

If you don't want to miss out on any future releases, sign up for our newsletter here and we'll give you a headsup a week before the record is out so you can get one on pre-order.

P.S. we'll stick to the no repress policy, but if/when we find out in the next few weeks that the records haven't been bought by fans but by sharks trying to sell them on for silly money on Discogs we'll break the first rule of Fight Club. Or something along those lines. Up next is a record by Andy Hart, and we have a feeling it might be a big 'un....
Odd socks saine Sleazy Beats Black Ops