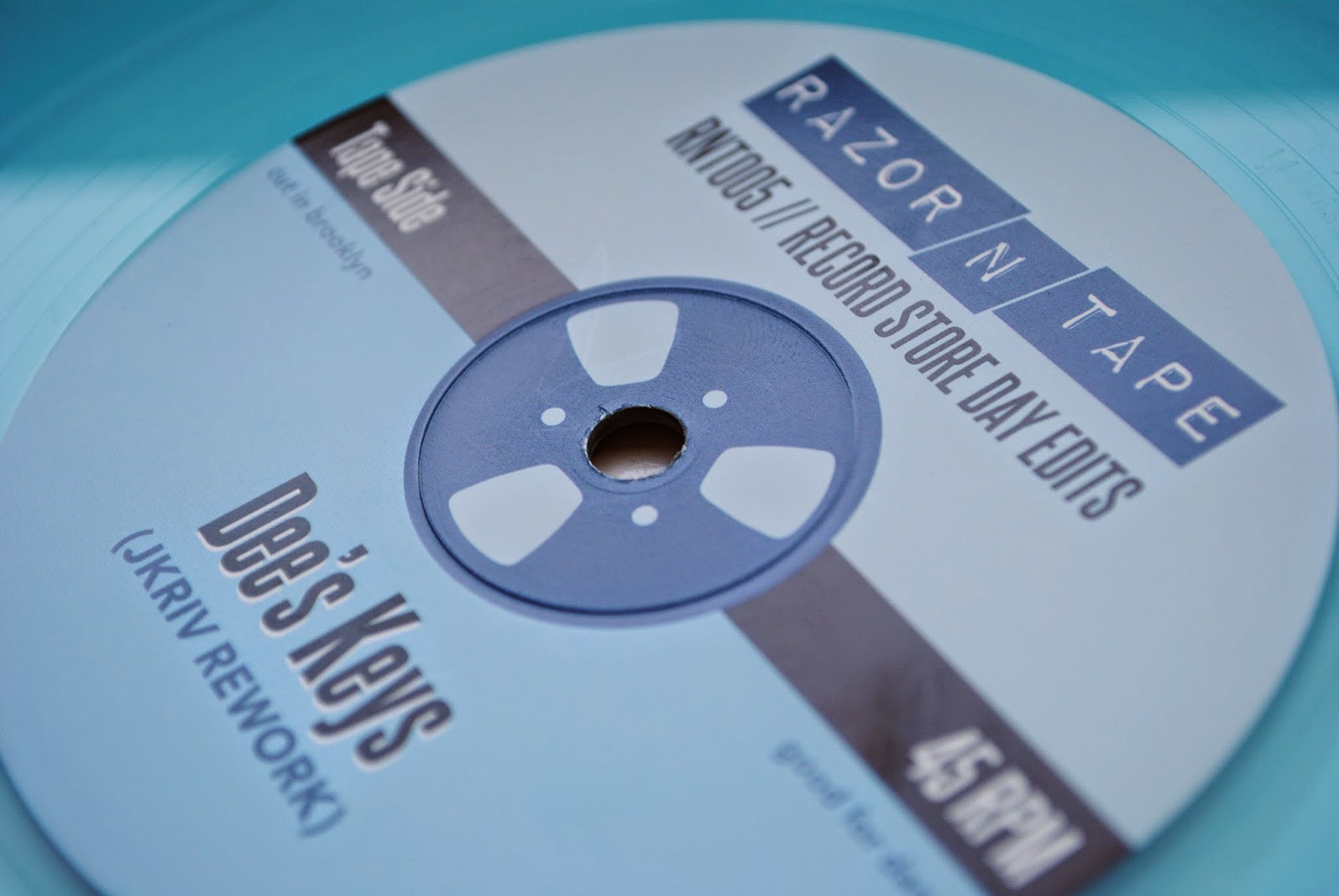 A bit late to the party maybe, but it took us a while to get a hold of this delightful 10" from the trusted Razor 'n Tape camp, and as there's no editor in chief 'round here we can pretty much do as we please. Originally released on Record Store Day (hence the title, stupid), this trio of edits by label boss JKriv found its way to most online vendors a while later, including our preferred supplier of the black stuff (more on him later,  as we're working on a special feature called 'diary of a vinyl pimp').

Even with their impressive back catalogue, featuring the cut and paste skills of grand maesters like Frank Booker and Dimitry from Paris, this nifty slice of clear blue wax is by far my favourite thing Aaron and Jkriv have put out. The sumptuous 'Dee's Keys' on the A-side is a particular fave. JKriv revisits Donny Hathaway's delightful jazzfunk workout 'Valdez in the Country' and gives this instrumental tune from 1973 a new lease of life with a gently extended re-arrangement and some extra drums and oomph. I've always been a big Hathaway fan (check out Dim's recent rerub of The Ghetto too) and this rework really hits the spot. Cannae fucken sit still an ting.

Flip over, quickly forget about 'So True' - you can't polish a turd and in my book, Bony M's 'Sonny' definitely is an epic, steaming pile of excrement, no matter how many effects and clever chops you throw at it - and head straight for 'Put Your Money Down', a badass funkfest with big drums and a mean vocal (What the hell does Shylock mean though?). If you liked The Revenge's Cadillac edit on Jisco a few years ago, you'll lap this up. A glorious effort by JKriv, can't get enough of this record.