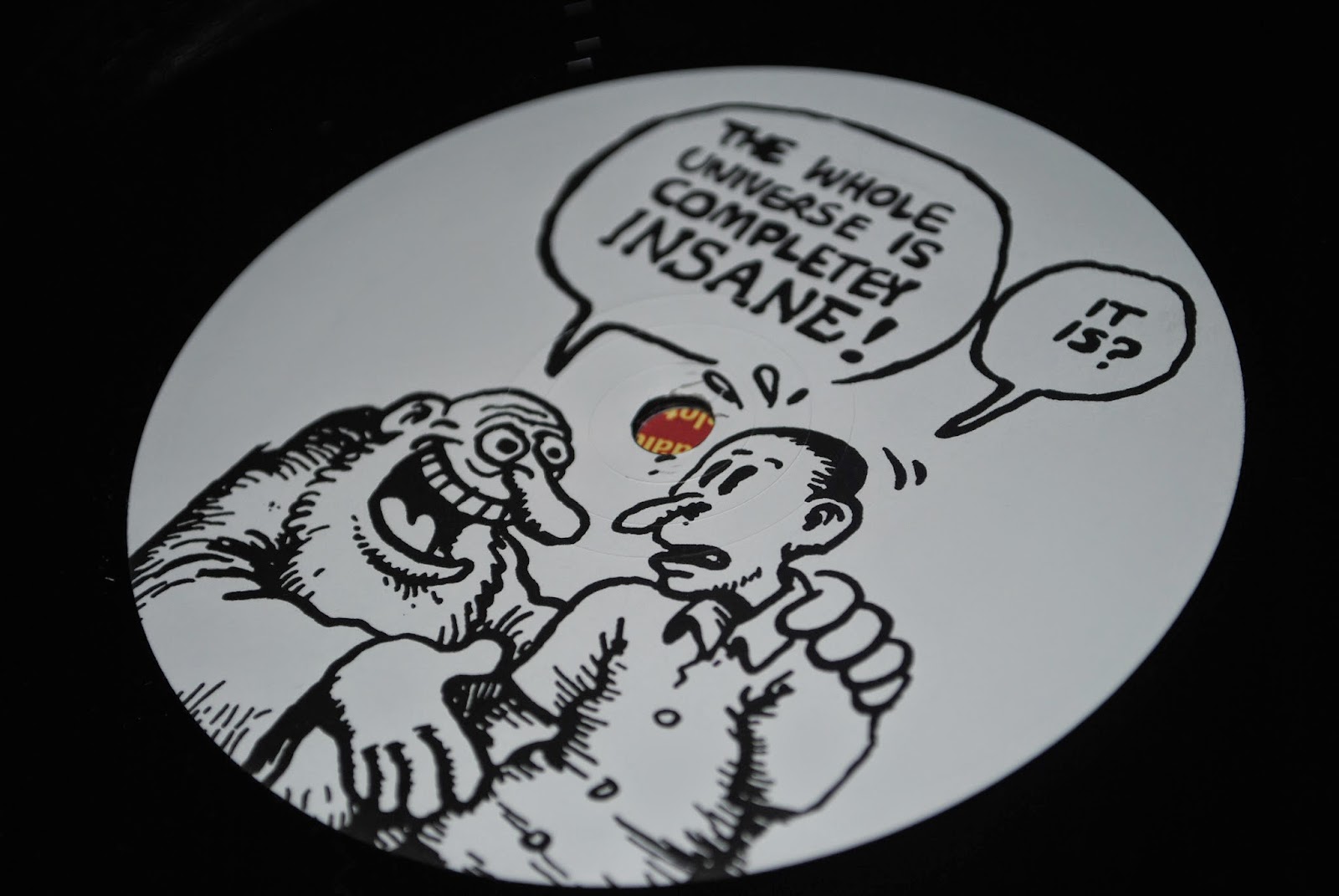 The second release on Crumbs, a new imprint shrouded in mystery, just hit the shops and it's a killer package, very happy we got our grubby mitts on a copy. The label's maiden voyage offered up some wonky leftfield synthy acid afro disco, a double header that keeps getting better with every play (ah that rare quality). It's gone from most shops too and we've been told it's a limited affair coming from one of the biggest guns of the industry (well, our end of the industry's spectrum anyway) so if you missed it, now would be a good time to start hunting down a copy.

The follow-up is slightly less experimental but still firmly embraces the wonkier side of disco. Tee Mango (who also made an appearance on a Millionhands record last year) takes care of A-side duties here with Into The Wild, a captivating squelchy synth fest, pushed forward by a relentless steel drum loop. Flip over for the real treats though, one of which being an Allenby Chilton's rerub of an obscure Etta James tune. In lieu of today's 'hey let's throw a compressed drum loop over this, sidechain some bits, run it through a compressor again and presto-approach' this is one of those good old-fashioned cut and paste jobs without much (if any) additional production, but a gentle re-arrangement/extension instead. Sir Chilton made a glorious appearance on the Popular People's Front series aeons ago, good to see more of his stuff committed to wax.

I'm not entirely sure about the source material of 'Amor Honestum' but I'm sure as hell not going to frantically listen to every single track on Youtube called Honest Love for the next few days. Honestly. It smells of the 80s though (guys with ponytails and keytars I bet) and this 'Fence Extension' version is absolutely badass with it's trippy vocal, rubbery bassline and fresh percussion, can't stop playing this little ditty.

This kind of stuff is bound to sell out quick and then fetch silly money on Discogs a while later. You know what to do, get a copy here
Allenby Chilton Crumbs Tee Mango