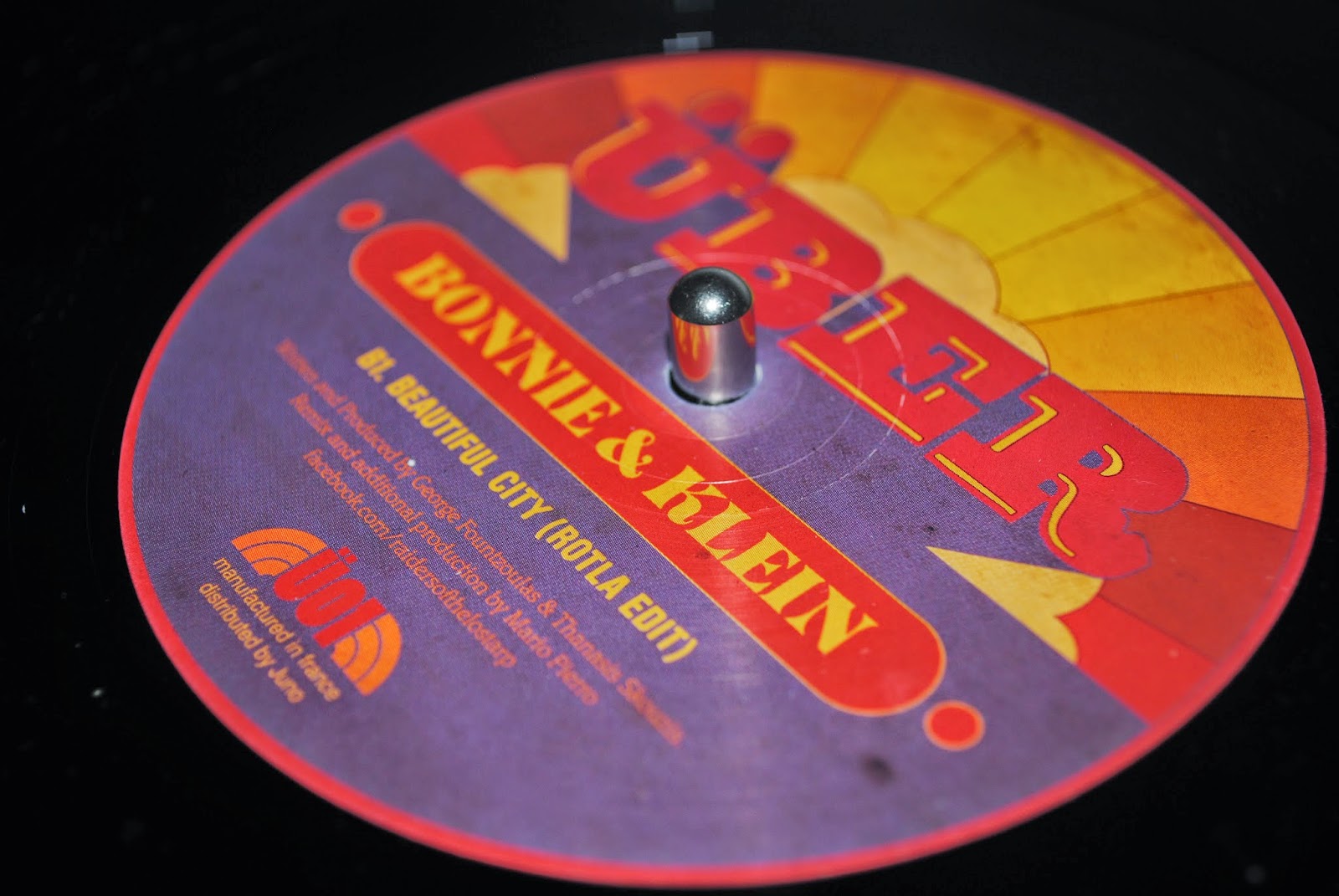 In case you're wondering why sometimes it's nothing but tumbleweeds on here for weeks and then a plethora of reviews all of a sudden: we're a lazy and temperamental bunch. We also tend to order records from Ed Davies (a Mensch of truly epic proportions, more on him later though as we're working on a special feature on selling records anno 2014) who 'stashes' stuff for us until he has a small box ready to go, which means we get new records in about once a month. I just opened the latest parcel good ole Ed sent over and the inaugural release on new 'Is It Balearic' offshoot Uber was the first to pop out of the box so I might as well start with that one right?

According to the hype sheet, Bonnie & Klein are a duo from Greece and this record is meant as sort of a homage to their hometown. Must be quite the place if this record is anything to go by. 'Beautiful City' on the A is a lush, slowburning slice of captivating balearo-house that chugs rather than noodles. Chunky drums and a deep bassline set things in motion, while moody pads, soft synth lines and Spanish guitar licks gently whisk you off to lala land. 'Carina', also on the A, follows the same recipe but adds a dash of muted trumpet and even a pinch of flute (!) for a tasty second course.

It's the Raiders of the Lost Arp remix of Beautiful City that seals the deal for me. Not only is ROTLA the best handle I've come across in a long, long time, their slo-mo rendition of the title track offers the perfect amount of bite to the balearic original while keeping its dreamy, hypnotising vibe in tact. Wonderful debut for this label and a glorious way for this new production pair to pop its vinyl cherry. Recommended.

Bonnie & Klein Is It Balearic Uber