Closed Paradise - On The Nature of Things EP (Fools & Fables) 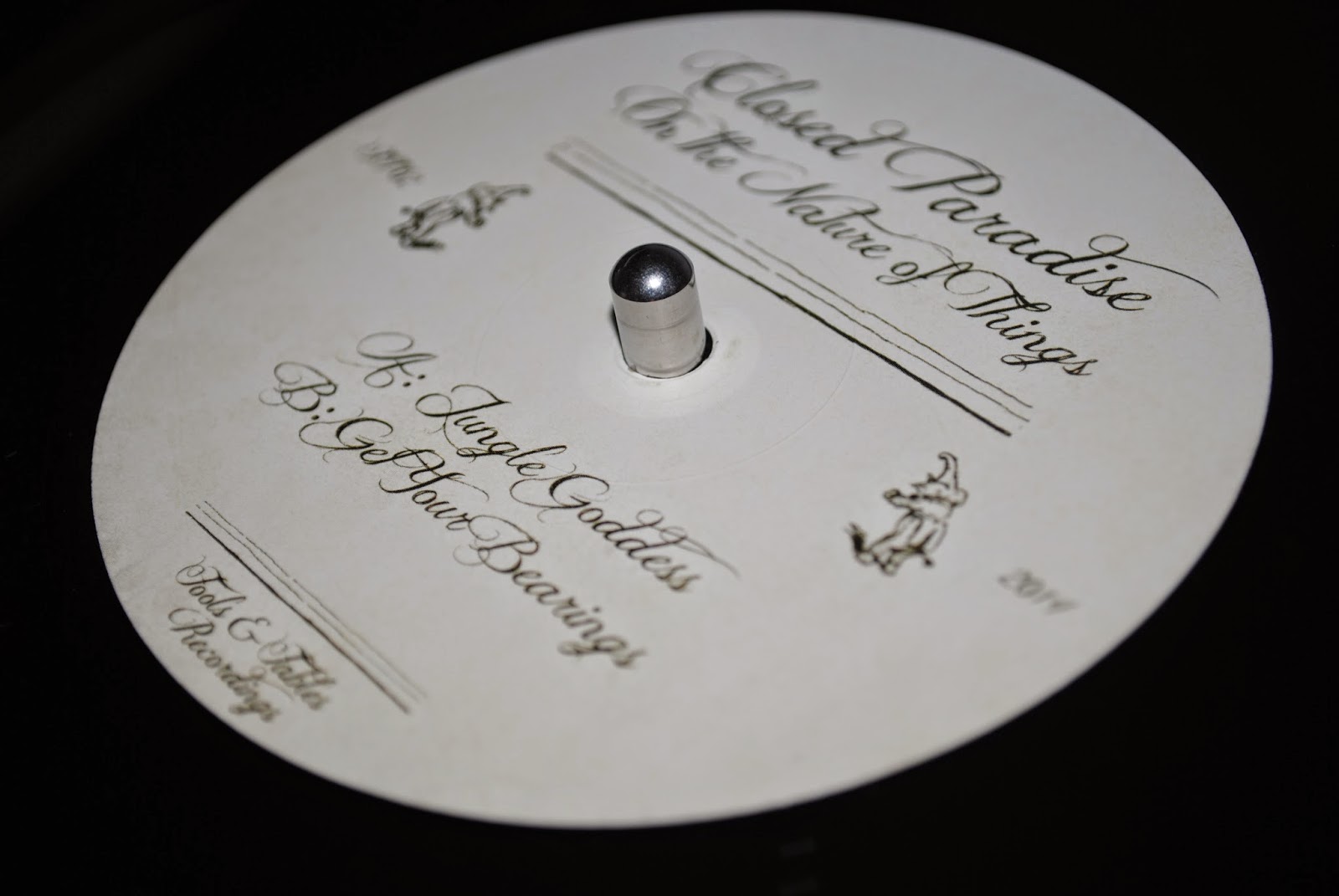 The sophomore release on our offshoot project Fools & Fables finally came out yesterday. There was no grand masterplan behind the label (we just wanted to get Maricopa's tunes on vinyl, selfishness ruling supreme here), but when France's Closed Paradise sent us a pair of demos a few months ago we knew right away we'd found our follow up. The record was originally scheduled to be out ages ago but got pushed back a few times because of the omnipresent congestions at all the pressing plants. When we put together the sales notes we wrote something about 'easing you into the summer season'. Well, summer is almost officially over, the last boats in Croatia have moored and it's raining like it's nobody's business over here, but we're very happy with this latest missive nonetheless. Have a listen to 'Jungle Goddess' below to see what we're on about.

We can start waxing lyrically about the record but that would hardly be objective now would it, so here's a review by the kind editorial staff over at Juno:

"The second release from the Fools & Fables label comes from Closed Paradise, aka Mathieu Cle, and follows Maricopa's recent debut, an artist that first debuted on Tusk Wax in 2012. Closed Paradise keeps the beats, groove and vibe of "Jungle Goddess" so laid back it become the type of music you dance to while lying down, with chugging house beats mixed with sounds of nature and ambient piano keys. On the flip there's "Get Your Bearings" which is slightly more upbeat thanks to some light African rhythms and sensual Rhodes playing. Good times."

Good times indeed. It's available in limited quantities (400 shrink wrapped copies worldwide), if you want one you can get it at these fine outlets as of now: