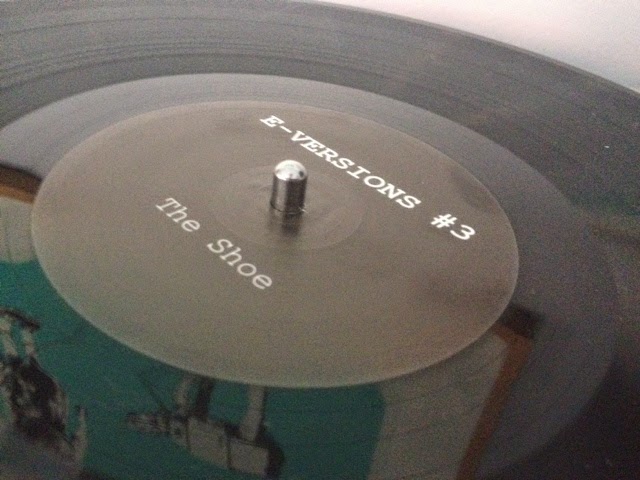 Mark E displays a bit of his magic touch from the days of yore - or Jisco, more like - on the third installment of his cheeky E-Versions series, offering up two loop-driven, pitched down jams. Nobody quite does slouse (thanks Rainer Truby for coining the term, much less cringy than slomo) like Mark E, and it's obvious the grandmaester had an inspired studio session when he crafted this fine pair of tunes.

The Shoe on the A is classic Mark E fare which builds on just a few chuggin loops from Jean Carn's lovely 'Was That All It Was' and sucks you in before you know it. The sloppy claps and the Jean Carn's vocal snips that keep weaving in and out give the track some serious disco flair while the fat bassline will loosen up the hips on the floor.

Flip over for the lush I Don't Know What This Is, an irresistable journey through hypno-balearic deepness. Not sure what the source material is but it has a very 80s feel to it with spaced out synths and vocals. After much deliberation I decided this is my pick of the two, but as the saying goes, t'is all good. Couldn't find a video of the track so you'll have to make do with 'The Shoe' above for now.

Secret weapons galore, get one now