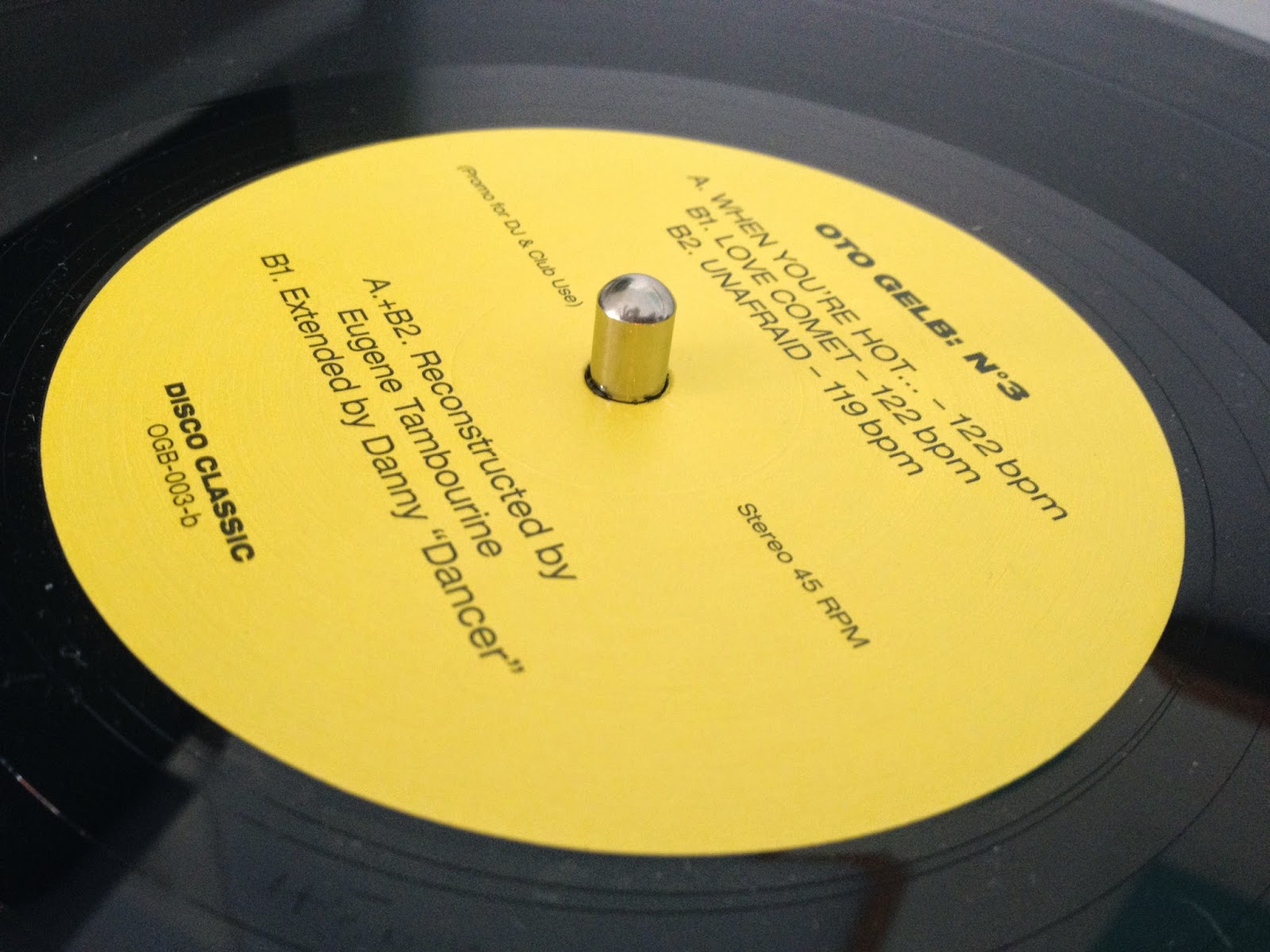 Don't let the title and catalogue number throw you off, this is in fact the first release on new disco imprint Oto Gelb. You might have seen his name before on Balihu, Daniel Wang's legendary label, on which ole 'Oto' made two appearances over the years. It doesn't take a genius to figure out that we're in fact dealing with Danny 'The Dancer' Wang, who's back in the disco-edit swing of things with his usual flair and cheek.

'Love Comet' on the B1 is a prime slice of swirly 70s disco that has theme-song written all over it, lovely gear, while 'Unafraid' is a chunk of tropical disco (think lots of steeldrums) with a hefty dollop of echo and delay. I don't know the source material of either track but I'm guessing there's not much additional production going on here, it sounds like Wang expertly executed two classy cut, paste and re-arrange jobs here. It's 'When You're Hot' on the A-side that made me shell out a tenner for the record though, a glorious revision of Janice McClain's 'Smack Dab in the Middle'.

Norm de Plume did an edit of the same track a few years ago and it's one of those records we've played at pretty much every gig we've done since we picked it up. The Oto Gelb reinterpretation is very similar to the Norm de Plume version, also binning most of the vocals and building on the same - seriously driving - loop and using a few elements from the original tune to construct something new and exciting altogether. Wang doesn't keep us waiting for the majestic keys as long as NDP did though and goes for a slightly looser feel, making this a pearl of a disco tune. Hard to pick a favourite, so from now on I'll just bring both records to every gig and take it from there.