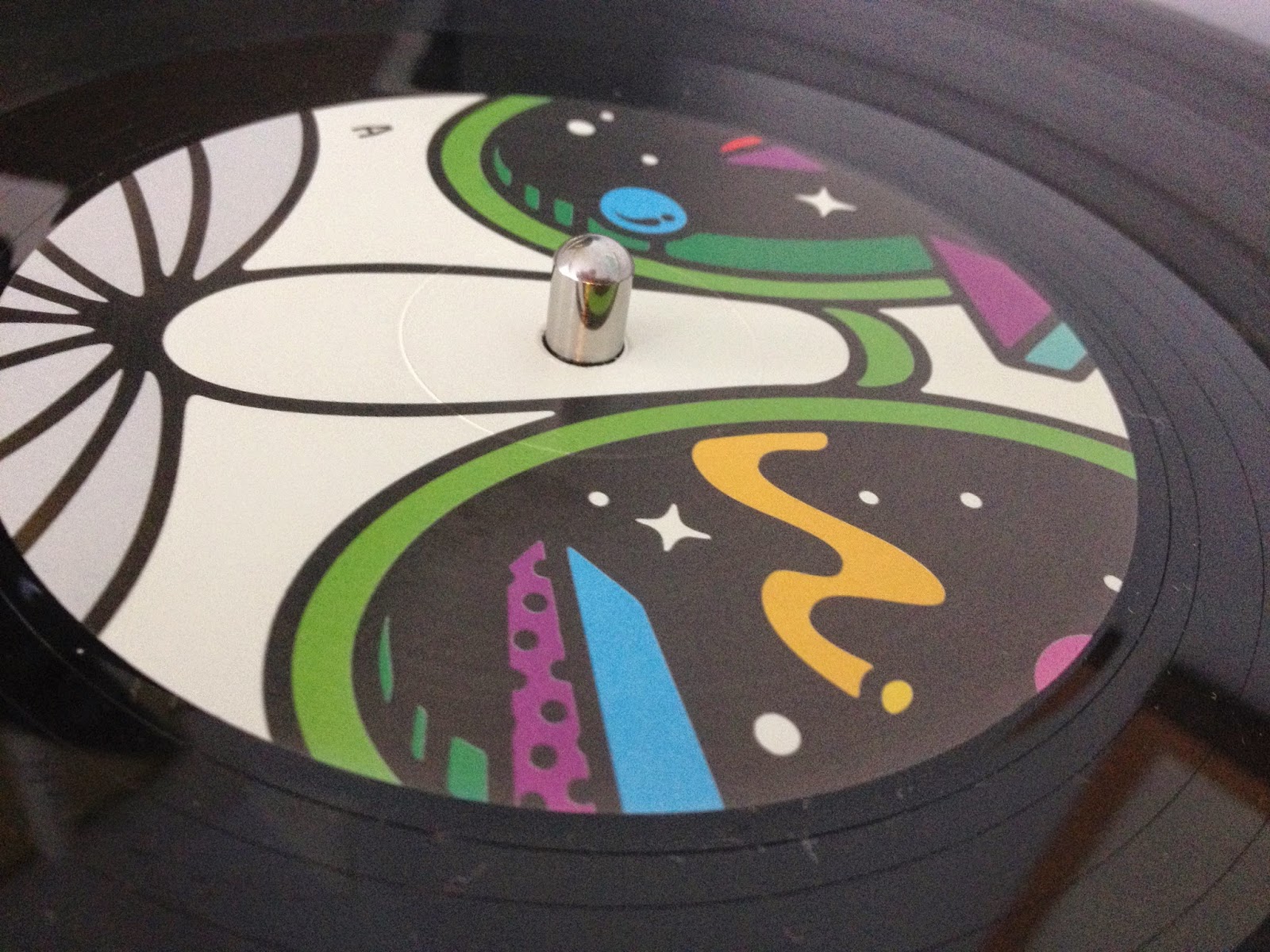 In the same week our latest missive on Black Ops by Andy Hart shipped out, the debut 12" by Snacks on new imprint Magic Jams also saw the light of day. I don't know much about the german chaps behind Snacks, but judging from their social media presence and their bio ("Think Prince, Jackson 5 mixed with the modern sounds and dance music idioms of artists such as Todd Terje and Jazzanova. A live set of musical SNACKS that goes straight to the hips") they're a confident Berlinite bunch with a fair bit of studio experience. I also don't know much about the label but I have the feeling Noema might have a hand in it, and that usually spells trouble of the best possible kind.

And if we define trouble as delicious leftfield contemporary disco curveballs, we're in knee deep here with 'Purdie'. Rolling drums set the wheels in motion and muted trumpets and fresh synth stabs herald in delicious midtempo head nodding gear with a distinct live feel and a great off-kilter vocal that urges us to please don't stop. Sounds about right to me: once it gets going you really don't want it to stop, and when the break arrives and some more muted brass gets thrown in the equation you'll find yourself standing in a awkward jesus pose before you know it (all alone in your living room in your briefs and slippers).

Have a listen to Purdie below.

There's also a chuggy remix of Purdie by Prosumer on offer, which I don't like one bit to be honest, the track is stripped from all its fun, cheerful, soulful charm and what remains is a sonic wasteland that no amount of Ket can fix.

Thankfully, we get more Snacks material on the flip on the flip with 'Broken Love'. A bit more square than Purdie, with tougher drums and that detuned vocal thing has been done way too much these past years, but the Snacks cats have enough pizzazz to pull it off, great track that tips its hat towards the halcyon days of house without resorting to those dreaded 90s chords. A remix of Arsy's Plateau closes proceedings. If it's curveballs you seek, look no further. Wonky trumpets, wonky vocals, wonky drums, wonky wonderfulness. A most exciting record, which comes in one of the best-looking sleeves I've seen in a while (the front is designed by Steven Harrison).

Snacks, you just got yourselves a new fanboy.

Pick up a copy here or there