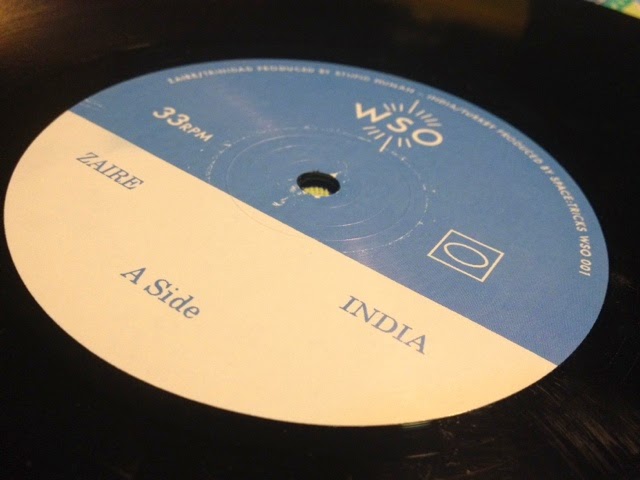 Our love affair with everything that comes out of Stupid Human's sequencer is never-ending. There's only a handful of producers who can't seem to put a foot wrong in my book, and Stupid Human - or Mark Gilbert, as the postman knows him - is one of them. A new release from camp Human is always something to get excited about, and this new 12" sure is no exception. According to the sales notes we're dealing with all original productions from SH and Space Tricks on this inaugural release of the new 'World Series'. I'm having a hard time finding more information about Space Tricks so it might just be a cheeky alias of SH, but I'm having the interns look into that as we speak.

More importantly, the music is exceptional. Stupid Human kicks off proceedings with 'Zaire', a delicious midtempo slice of chunky, driving deephouse with badass drums, a lolloping afro-groove and playful synth lines. It's ridiculously catchy and most likely the track we'll be playing most.

Space Tricks steps up to the plate with 'India', an uptempo disco stomper with crisp percussion, sublime wailing strings and mad sitar lines and loads of other elements and details weaving in and out to keep you on your toes. Stupid Human's 'Trinidad' takes things straight to the carnival with a barrage of steel drums. Space Tricks rounds off the record brilliantly with 'Turkey', a hypnotising headnodder with big drums and samples of what sounds like Arabic lamenting (Ataturk will roll over in his grave, but who cares).

It's the kind of stuff you'd expect on a Keyboard Masher EP. Which obviously is a good thing.

Spectacular stuff, rightfully picked as record of the week over at new shop Love Vinyl in London a few weeks ago. Get it before it's gone everywhere