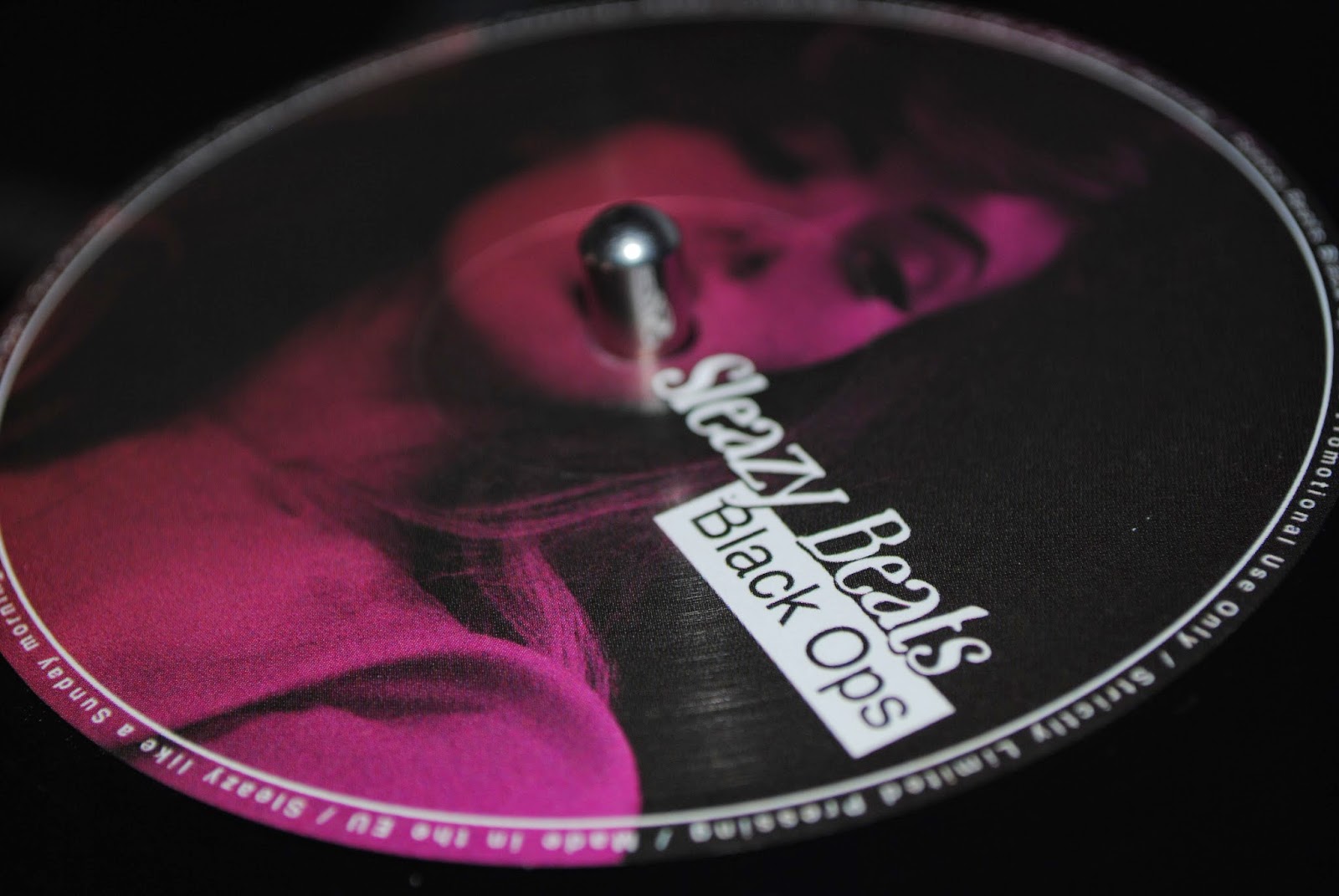 Have you heard the one where the TNT delivery van goes missing and takes a week and a half to find its way to the distributor? Yeah we didn't think that was a particular funny one either when we were inches away of missing the last shipment of the year, but lo and behold, here she is: our third release of 2014. A little over a year ago we got sent a promo of Luvless' killer Turning Point EP on the class Rose Records imprint. The promo package came with the original version of 'In My Arms', but only the OOFT remix made it to the 12" back then. We fell hopelessly in love with the track though and - being the selfish bastards we are known to be - we talked Luvless into letting us put it out as part of an EP.

Much like making eyecontact with a stranger in a train whilst eating a banana, writing a review of your own record is a bit of a faux-pas. Thankfully, the kind souls over at Disco Belle wrote a review we'll gladly share with you:

"In the hallowed halls of modern, vinyl-only record labels… there is but one label in my experience that has caused as much a stir of excitement as Netherlands based imprint Sleazy Beats Recordings. Sadly, this label went belly-up in 2012 despite much success. But, like a glorious phoenix rising from it’s ashes came the equally impeccable Sleazy Beats Black Ops, and the people rejoiced!

Continuing their long tradition of quality, low slung house joints, the Black Ops team celebrates it’s seventh release with the absolutely stellar, ‘Part Of Me’ EP from Leipzig based producer Luvless. Comprised of three, mid-tempo heaters, this release marks a ‘coming of age’ that firmly solidifies Luvless as one classy as fuck composer.

Lead cut, ‘In My Arms’ sets the tone with it’s gorgeous, grand piano stabs and funky splashes of acoustic and analog percussion… the melancholic vocals lamenting all the way through the epic breakdown. Flip it over and you get a double-header of purely head-nod-able, housed-up grooves from ‘Balance On A Beam’ and my personal favorite, ‘Precious Kind Of Love.’ The first, takes us through an endless sea of steppers illuminated only by a twirling disco ball and the tracking lights on the 1200′s. Last, but certainly not least, ‘Precious Kind Of Love’ epitomizes the term ‘slow-burner’ with it’s weighty pads and sparse, percussive builds"

The record came out on tuesday in the UK but sold out at the bigger online spots like Juno, Piccadilly and Phonica in a day (thanks for picking it up/pre-ordering it guys, you're all proper legends). The distro is closed so we're not 100% sure but it looks like all stock is already gone, mental! If you're after a copy, there's plenty of spots on the mainland left and Pacific Beach Vinyl in the USA just got it in as well. To make things a bit easier for you - we do aim to please - we rounded up all the shops that still have it in stock. If you're in London, head over to Love Vinyl, they have a few left at the moment and it's a great shop for a decent pre-christmas shopping spree. Thanks for your support everyone, it's what makes this such a fun job!

Update (December 23rd): sold out everywhere for now. We'll get in touch with the distributor on January 12th when they open for business again to find out if there's any stock left and will update the links below accordingly.