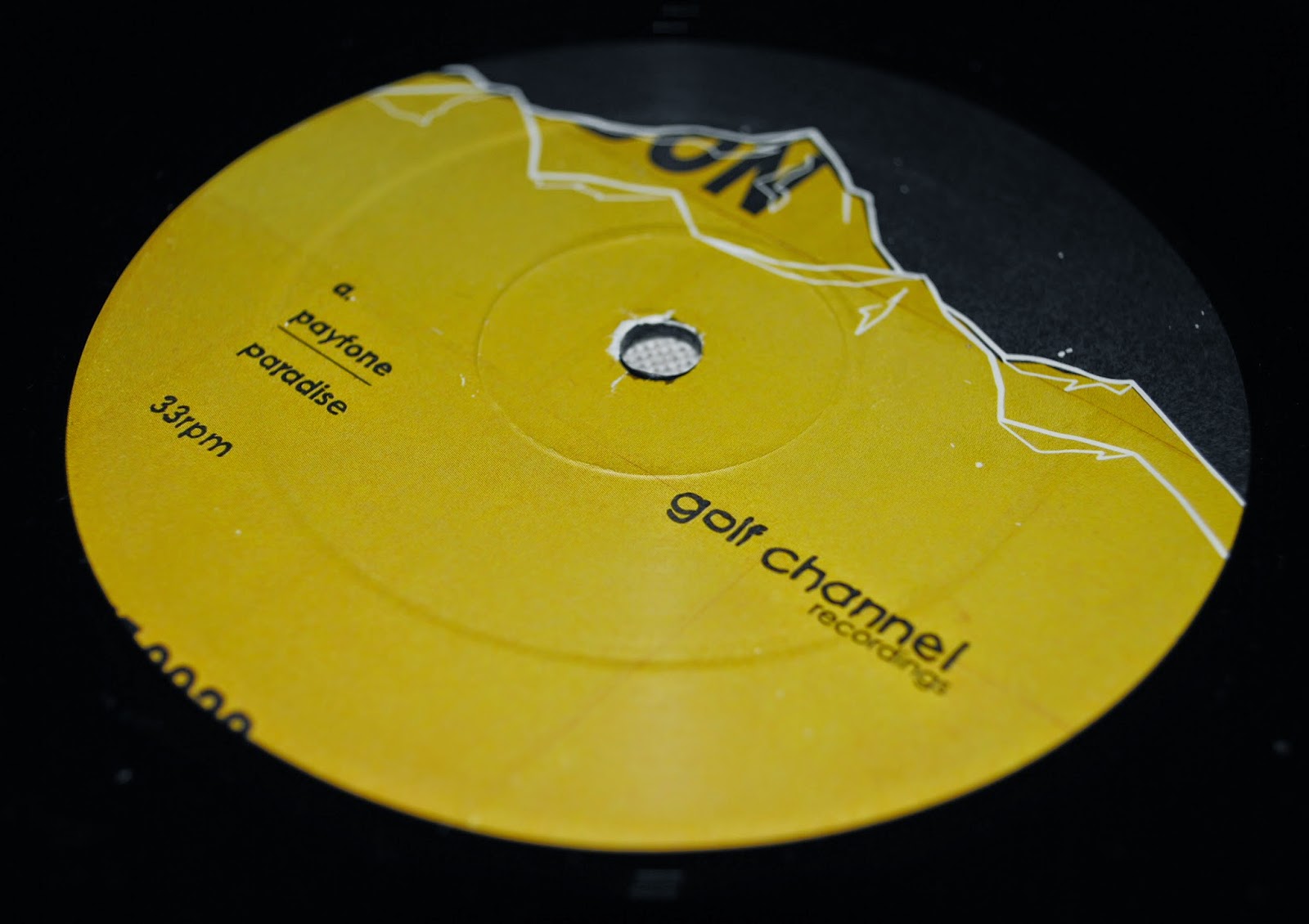 Golf Channel hit a proper purple patch this year, releasing some of the freshest mess around. Waldewar Schwartz's 12" was one of the summer's best releases, we've been playing the Mind Fair singles and LP to a messy pulp and based on the previews of a forthcoming release by Cherry Garcia it's safe to assume Phil South will just keep churning out winner after winner. One of the label's records that seems to fly under most people's radars is Payfone's recent Paradise EP, which is odd, as everyone I play this record to seems to love it to bits right off the bat.

I don't know much about Payfone, but Discogs tells me it's a new project by a London-based producer called Phil Passera, who had a record out last year on Slate's States, featuring a pair of heavy-hitting squelchy boogie meets proto-house workouts. Payfone's record for Golf Channel isn't a mile off from that debut release, but the producer takes a slightly deeper, moodier approach. Paradise on the A is a deft masterclass in perfectly arranging samples and synth lines over a growling bassline and badass drums.
Flip over for Mice Life, which sounds like it builds on the same backbone as Paradise but dubbed up a bit to great effect. Third and final track Subconscient Lamentation takes thing to moodier and dustier planes. If - like me - you were thrilled to see the Nightmares on Wax backcatalogue repressed this year, you'll be all over this lush downtempo groover like a donkey on a waffle. As all recent Golf Channel releases, this comes in a proper full-colour sleeve with deliciously odd artwork, which only adds to the collectibility of the record.