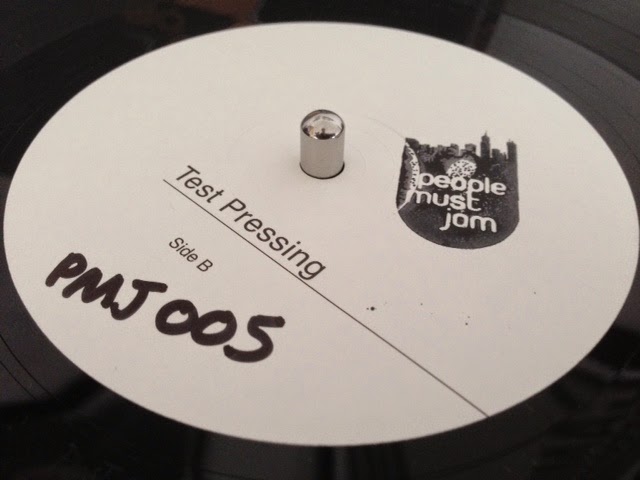 Back once again it's the renegade master..no wait, scratch that it's just a new PMJ release. I hesitate to use the word 'just' here though, as it kinda takes away the appeal - which is totally unfair as the record in question is a bomb. Label Boss Matt Trousdale's kindly sent us a copy of their latest incarnation, and this time the duties are performed by the young UK house maestro Andy Ash (On The Prowl, Fly By Night, Stilove4music and a host of other labels). A decidedly slight move away from disco for PMJ then, which is fine - seems they're keen on riding both genres. Diversifying the portfolio. Riding the bull and the bear market. Quantifying dividends from all angles. Or something.

Anyways, Andy's been known for his no-frills take on house for a good while now, and if you said we'd be in good hands for this PMJ release you wouldn't be lying, fantastic producer we've come to know and respect. I still play his Carnaval de L'esprit LP loads - amazingly timeless bits on that one.

Chop chop! Onwards to the music then! We're treated to 4 cuts on this lovely 180g slice here, title track 'Hurricane Fantasy' being the first up. To set the mood for the ep, for the first third of the tune a dark breaky house beat kicks in, moving on to a lighter, shuffly affair that has summertime written all over it after a boss breakdown. Muffled horns and muted guitar stabs FTW. Have a listen while you read on:


'Move' is quite raw and will appeal easily to the more traditional house heads out there. Andy's good at these, minimal grooving house music that slowly builds tension throughout. Flip for my personal fave, the Ron Basejam mix of the title tune. Ron decides to turn things into a much different affair than the original, adding strings and various other stabs that change the feel of the track altogether.

Another killer package from the PMJ camp then, and one we'll be playing for some time. Record supposedly drops March 30th. Most good haunts will get it in, but pre-order from Picadilly is available now HERE