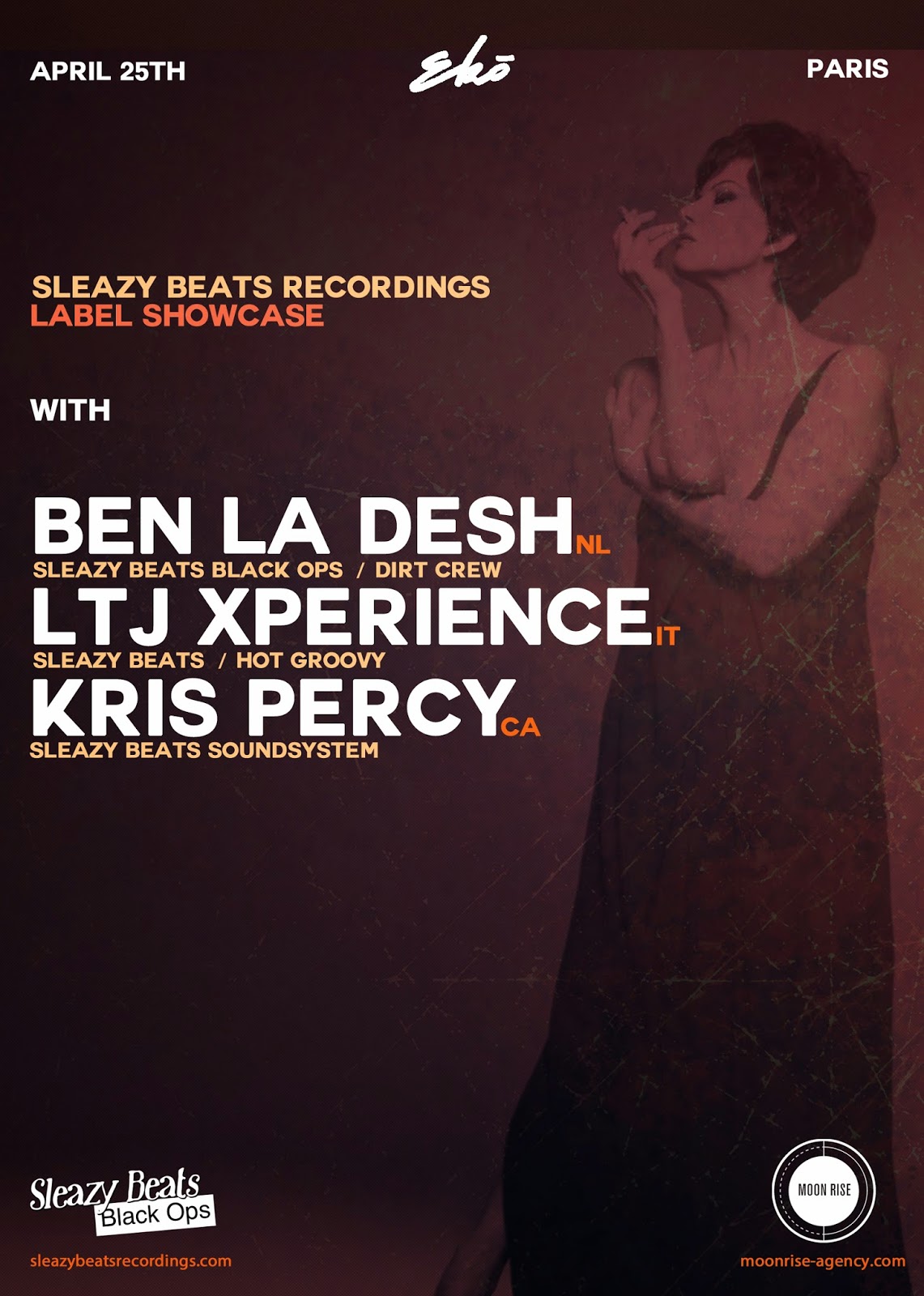 Earlier this month we joined forces with Paris-based booking agency Moon Rise, which takes care of a fine roster of artists and labels, including good pals Martin Hayes and Frank Booker. Our first collab with Moon Rise is a very exciting one indeed: a label showcase in Eko Club, a fairly new venue in the city of light and love, on April 25th, featuring two members of the extended Sleazy Beats family. Italian disco don LTJ Xperience, who took care of our sophomore release back in 2010 and Rotterdam's elusive Ben La Desh, who kickstarted the Black Ops project for us back in 2012 so successfully, will be joining Kris - reppin' the Sleazy Beats Soundsystem solo - behind the decks. A killer lineup for what will hopefully be the first in a series of momentous label parties.

Eko Club famously doesn't 'do' social media promotion - which is quite refreshing, no endless streams of tedious youtube videos and pictures of packed record bags for a change -  so for more info you'll have to head over to their website, or - better yet - just show up on the 25th and bust some moves.

If you want us over for a party or would like to put on a Sleazy Beats night, get in touch with Moonrise's Nicolas: nicolas@moonrise-agency.com