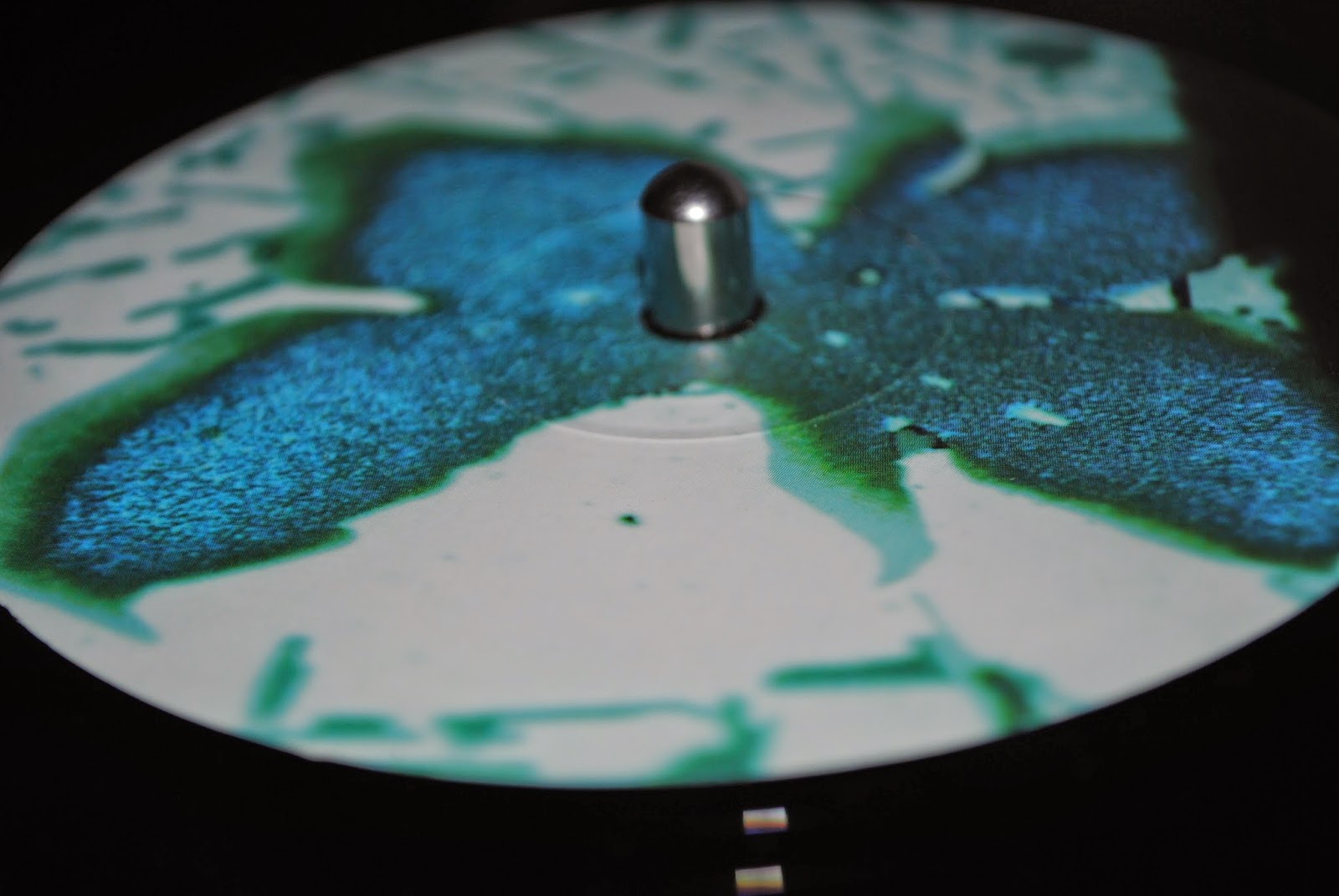 Question: What to do when you run two succesful house imprints and you stumble upon a demo that takes your breath away but doesn't quite go with the vibe of your label(s)? Answer: Start a new one and put it out anway, stupid. This must have been Tooli's train of thought when he caught wind of an old and forgotten release by ʕ•ᴥ•ʔ, an outfit with what has to be the wonkiest handle in the history of music. And presto, Omena Ltd sees the light of day, with a six track inaugural mini-LP on stupidly limited 10" vinyl (150 copies, anyone? next-level scarcity).

As straightforward as that sounds, it's very commendable Tooli took a punt on this downtempo electronics/instrumental hiphop record. We know from experience how terrifying it can be to release stuff that's a bit off the beaten path (we've been wolfing down beta blockers ever since we signed Saine's forthcoming downtempo LP for Fools & Fables, but more on that later). Home-listening records bring about a whole different dynamic than your average club banger and cater for a totally different crowd. Assuming the Gods must be sane for a change, this record should find 150 homes in a flash though, as it's a delightful package that wiggled its way firmly into our hearts.

While sales notes tend to be so cringeworthy they actually make your toes curl, for once they're spot on here, describing Omena Ltd 1 as a 'Dilla meets The Avalanches' affair. If those two cut and paste wizards - or stuff like MF Doom's Special Herbs & Spices series - tickle your pickle, this record has your name written all over it. It's all slow instrumental hiphop grooves on both the A and B with loads of clever choppy sampling and an ever-present 'mushroom jazz' feelgood factor and incredible smoky basement beats. There's not a duff note in sight, but I keep coming back to the B-side of the EP, which serves up the three moodiest and - coincidentally - longest tracks of the release, Softly 3 being the pick of the bunch for me with its fat drums, perfectly placed chanting samples and tillating breakdown.

One of the best bits we've picked up this year, very glad we got our hands on a copy, as it looks they're already gone from most haunts just a week after it was released.

HHV still seems to have a few left, don't sleep!