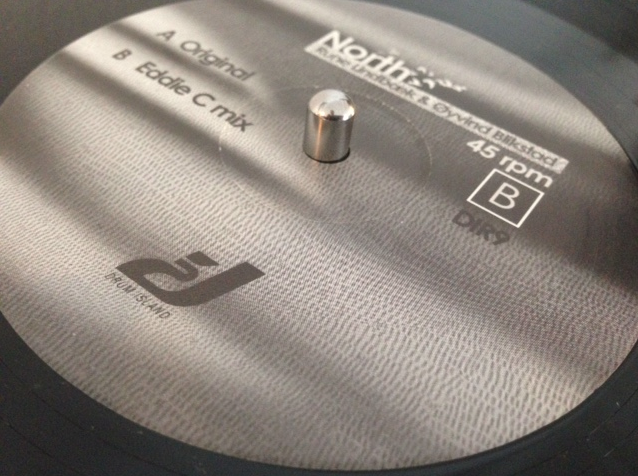 It's been a minute since we've done a juicy post about our man on the inside, from our debut release that started it all back in 2009, the 'Crownprince of Dirty Disco' - Eddie C. The man's been busy these days with production requests on many labels, the demand for his dirty disco sound doesn't seem to cease. Furthermore he's been stealthily curating and running his own successful imprint Red Motorbike and wrapping up the label's 11th release since 2011, an VA album of sorts with loads of Ed's productions as well as some from friends.

But wait, this post was not meant to be solely about ol' Ed, sorry. So, more on that later as this is meant to be celebrating a release that's been out for a good few months now (we know, we know - sorry) by norwegians Øyvind Blikstad and Rune Lindbaek entitled 'North' - on Rune's own excellent label, Drum Island. Lindbaek's wonky production style has become a trademark in the 'nudisco' realm, and the man has seemingly been more or less there since the beginning, with tracks under his britches dating back to early 2000s with steadfast pioneers such as Lindstrom (Alien in My Pocket) amongst others. His roots in the scene date back much further than that however, with dj residencies in the 90s in New York as well as his hometown Tromso. With disco and balearic being his bread and butter, his productions and dj sets go off in any sort of direction, from bubbly, sample-heavy disco stringed madness, to beatless or heavy downtempo space-scapes, or house. He has loads of talent and a great attitude, and for this, we love the man.


The two tracks on the North release are quite similar, yet different. The original by Rune and Øyvind is  slightly the more mellow of the two; flamenco guitar is flanked by chugging drums and the sound of harp or Kora strings soar. Pluck bass and piano are also apparent in the tune and compliment each other fully. The instrumentation in the track is spectacular, each instrument has its own full and intricate sound - perhaps these are due to Rune playing much of the instruments himself? We're not sure but wouldn't be surprised. Eddie flips the tune on its back, and keeps much of the original intact but adds some essential nips, tucks and effects that make the tune more tight and perhaps dare we say one for the later-night sets.

This one is still available, head over to Juno HERE and grab a copy - killer, timeless music that will stand the test of time.
Drum Island Eddie c Øyvind Blikstad Rune Lindbaek