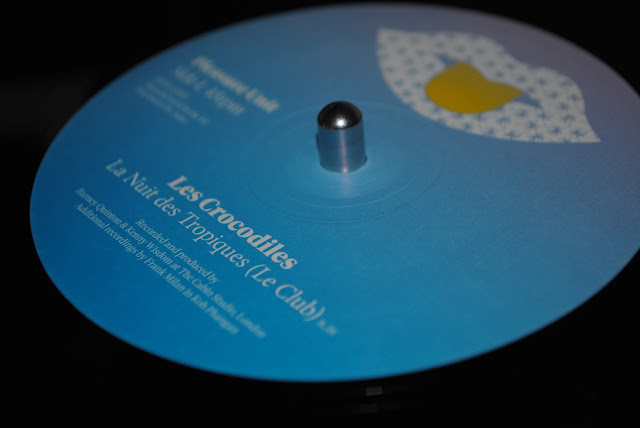 The Keyboard Masher gang is behind both the label and the moniker here. Instead of remoulding disco obscurities like they do on KM Editions they're using Pleasure Unit as an outlet for original productions from the likes of Skatebard and Telephones at the deeper end of the house spectrum. La Nuit des tropiques is a real classy piano-driven heads down, lights out affair with a mad acidic bassline. It's one of those rare tunes with a timeless quality to it - I'm sure if you told someone this was made back in 1999, or 2004, there would be no eyebrows raised and no questions asked. If you were into Mark Seven's 'My Ceasar' 10" on People Must Jam this will be right up your alley.

There's also an acid dub on the A that takes things even deeper and an ambient, beatless version on the flip. Both are nice enough but it's the lush original that we'll be playing whenever we can. Essential stuff on a label that's well worth keeping an eye one. Their next release by Lunar Concept is a deep and wobbly afro affair that I've been itching to get my hands on.