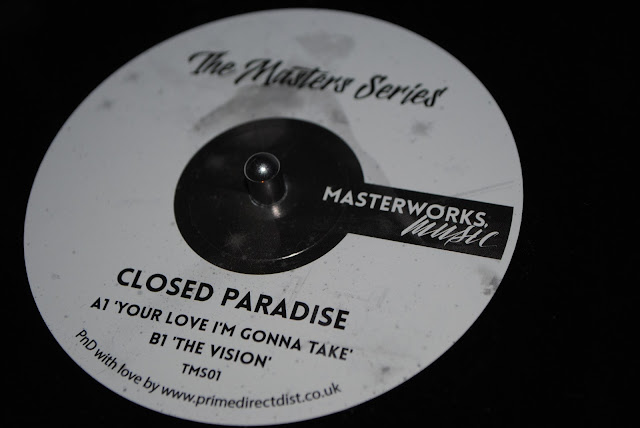 The industry is slowly picking up a little steam again after the annual few weeks of end-of-year nothingness. It always feels a little like plants, distributors and shops get a few weeks to take a couple of proper deep breaths before the madness starts all over again. And with ever more kids taking a punt on setting up a record label, record players (even if they're dinky ones) being the most popular crimbo gizo and talk of actual new pressing plants opening up, the stars seem to be aligning for an even more frantic year in music than 2015 proved to be. One of our firm resolutions for the new year is to focus a little less on our social media outlets and share exciting bits and bobs with you the old-fashioned way again and properly rekindle the blog. One might argue we're about to embark on a proper pissing-in-the-wind mission in terms of trying to channel the insane influx of new labels and releases that'll be pouring out of the industry's collective orifices in the next twelve months, but hey, we set up our label at the worst possible time and we're still around, so who knows right?

If you've been keeping an eye on Juno Download's 'Disco' section, you'll be familiar with 80's Child 'Masterworks Music', which established itself as a reliable source for chunky disco edits by the likes of Rayko and Dr. Packer in 2015. The imprint first dipped its toes into the wonderful (and spectacularly unprofitable) world of vinyl with a string of V.A. samplers and is about to expand its empire even further with the Masters Series: a vinyl-only series on 10" wax with lovely printed sleeves, no expenses spared. We got a copy of the inaugural release in the mail, an EP by Closed Paradise, who stepped up his production game in 2015 with records on Kolour Limited, Above Machine and Diggin' Disco Deep, cementing his rep as one of France's biggest. He treats us to a pair of tasty reworks here that should tickle your pickle if you've been digging Whiskey Disco's output.

Your Love I'm gonna take is a midtempo disco chugger that heavily leans on a killer chorus and relentless drums. I've seen Mat dj a few times and this would go down a treat in one of his funk-fuelled house sets.


Flip over for 'The Vision', which is a bit of a mellower affair and easily my pick of the pair. Shuffling hats, lush piano lines and some cheeky snips from Positive Force's classic 'We Got The Funk' get things going in style for a proper jazzy ride. It's breezy enough for a lazy sunday afternoon in the sun, but has enough oomph to work in a warmup set in a dark basement. Killer tune, if this doesn't end up on a ton of compilations this summer I'll eat my hat. A fine start for the Master Series indeed, look forward to hearing what's up next.

Out this week, pick up a copy here