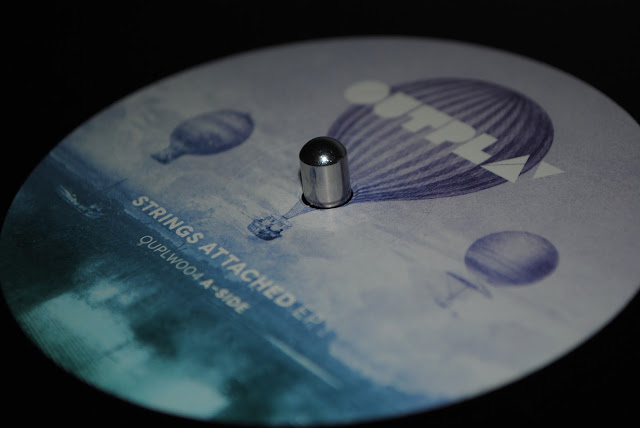 Not sure if we've ever discussed what we call 'headliner's disease' on here before. We've all seen it happen: producer makes a name for himself with original, sophisticated soulful nuggets on boutique labels. Producer gets asked to do some high-profile remixes. Producer starts getting booked as headliner. Producer moves from wobbly, experimental gear to churning out peaktime housebangers. While this may be a logical progression for producers that play to packed floors three times a weekend, it tends to make us lose interest in the musical output of some of our former heroes. Call me Shania, but most of the butch bigroom tackle don't impress me much.

Now, there is no denying 2015 was a vintage year for our Dutch Fouk buds. A handful of very well-received releases alongside a string of strong solo efforts by both Hans (Junktion) and Daniel turned the pair into a headline attraction at parties all over Europe seemingly overnight. When the lads sent over a copy of the latest outing on their own Outplay imprint I was half-expecting to drop the needle on a set of 'big' tunes that go straight for the jugular, or at least some early symptoms. Thankfully, I couldn't have been more far off. Hans and Daniel both aim at the hips and hearts with a pair of swinging, midtempo tunes that wrap you in a warm sonic blanket on a bleak winter night and make you wiggle while you work it. Junktion cleverly juggles dusty, jazzy samples in his trademark way on 'Breakfast at Midnight', a mighty fine slice of intimate basement deephouse and a fine addition to Junktion's ever-expanding body of work.

Daniel's breezy 'On My Mind' is just as good with its spine tingling piano lines and perfect sloppy cowbell. The track has a bit of a laisser-faire hiphop feel with its off-kilter drums and is battered with soul. Arguably Daniel's finest production to date, can't stop playing this.

There's a rather splendid track by Laurence Guy on the flip too (damn, those strings), alongside a heavy remix of Junktion's 'Breakfast at Midnight' (damn, those hats), but the side of the platter the label bosses took care of reigns supreme here. Pure gravy for the soul.