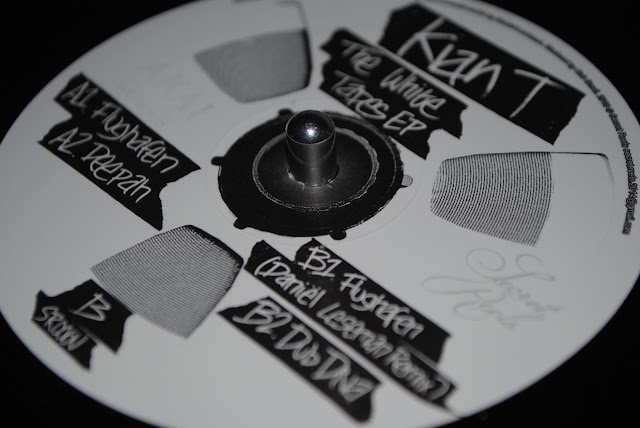 Italian producer Kian T follows up on his well-received Space Tapes record that saw the light of day earlier this year on Big Bait with a new missive on Secret Reels. He kicks off proceedings with ' Flughafen', a track that instantly brings MCDE's Raw Cuts series to mind with its big stuttering drums, sharp claps, shuffling hats and cut-up soul vocals. This is the kind of gear that screams for a sweaty basement with a crowd that is ready to throw down properly. 'Deepah', also on the A, largely builds on those same elements but takes things down a notch or two, and wonky synth lines (think Max Graef in his early Box Aus Holz Days) add warmth and depth to the dusty chugfest Andrea Pedra squeezed out of his sampler here.

Flip over for a remix of Flughafen by Daniel Leseman, who adds some Fouk magic to the track and turns in a rendition that's aimed directly at the hips. You can spot Daniel's trademark drums and key wizardry from a mile away and it's easy to tell he had a lot of fun flipping the original on its back. You can just imagine him switching on his synths, grinning and mumbling something along the lines of 'ok let's ave it then'. The midtempo 'Dub Diva' rounds things off nicely with its off-kilter synth lines and massive bottom-end.

An impressive package by a name to watch closely next year