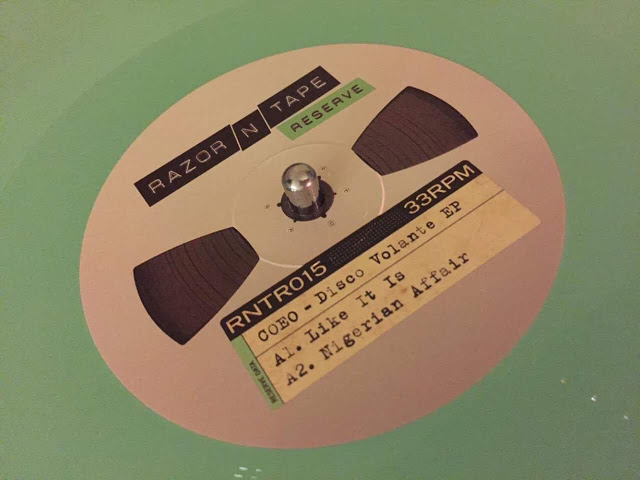 Recently Kris and Guy have opened up the pearly gates of the Sleazy Beats blog to a small handful of contributors who are going to be working towards keeping this great platform alive whilst they dedicate some time to cooking up some magic in the Make Believe Disco cauldron. First up is me - Lars, from London - with a word on a new offering which is a dead cert to be a record bag regular...

Razor-N-Tape have been consistently killin’ it this year with a string of releases from the likes of Fouk, Loz Goddard and Martin Hayes. Next to grace the Reserve is Munich-based duo COEO who have been making a big impact with a few top 12’s and a jam-packed gig schedule. The 'Disco Volante' EP slips perfectly into Razor-N-Tape’s roster and the four tracks that feature are exactly the right blend of disco-soaked house that we’ve come to expect when dropping the needle on the label’s colourful disks.

The A-side kicks us straight off with ‘Like It Is’, a rolling four-to-the-floor hit which evolves into an uplifting gem of a track thanks to some sweeping violin samples and the standout vocals. Also on this side is ‘Nigerian Affair’ which is a funky Fela edit, shuffling along nicely before occasionally breaking off into some wonderful solos. Flip it over and things get a little more basement with ‘Long Night Ahead’ and ‘Pajama Stomp’. The latter is probably my favourite, rounding the EP off nicely with some dark keys, an infectious guitar lick and a bouncy bass line.


A top EP from COEO on a label that sure knows how to pick ’em. Razor-N-Tape have got two more Edit releases forthcoming before closing on a very good year for the boys from Brooklyn – keep an eye out.

Grab it at Juno, Redeye, Deejay and Piccadilly.