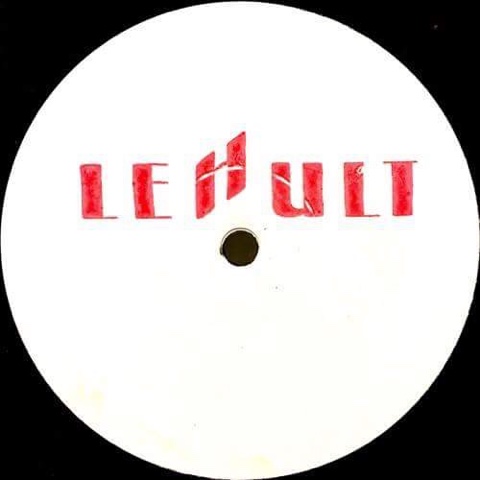 I was first introduced to Hamburg-based collective Lehult somewhere around the summer of 2015, when Liem's If Only was providing smiles to dancefloors worldwide and I embarked on an epic - or as some say, irrational - quest to get my greasy fingers on a copy.

It was during this search that I got to know the rest of the Lehult catalog, launched at the end of 2014 and focussed on putting out material by it's core members Lucky Charmz, Liem, Eddie Ness, DJ Assam, Johan Kaseta, and recent addition Tony Rainwater.

For those of you unfamiliar with the label, Lucky Charmz' 560sl, taken from the inaugural release Follow Me To Flottbek Falls, DJ Assam's 8040, and Kaseta's 2016 Erefora Land EP definitely deserve a listen.

Beginning of February, the second installment of sub-series Lehultsub - dedicated to DJ-friendly flips, chops and spins -  will be dropping, this time showcasing newcomer Tony Rainwater alongside Lucky Charmz.

On the A-side, Rainwater delivers an uptempo, sample-drenched collection of 80's and 90's nostalgia. One Touch hints at sunsoaked beaches, baywatch-bodies and mid-night rollerdisco, slightly nodding to some of last year's Lo-Fi productions, but leaving the Fi up high.

Let's Celebrate Less Hats uses a similar aesthetic with a more soothing twist, lending itself perfectly for some particularly frisky afterhour occasions. After a couple of listens, the catchy vocal and infectuous groove had me all hands-up-in-the-air and singing along like there was no tomorrow.
No regrets.

Once flipped, Lucky Charmz moves the record into slightly deeper territory. The hypnotizing percussion and low end on My Love 4 U Will Neva Die draw the listener in while carefully chopped and looped vocals and piano slowly rise to the surface. Oh, and the break is sure to wet some panties along the way.
Driving, dreamy, mesmerizing and melancholic all at once, the B-side provides perfect counterweight to the other 2 tracks, making for a beautifully balanced release.