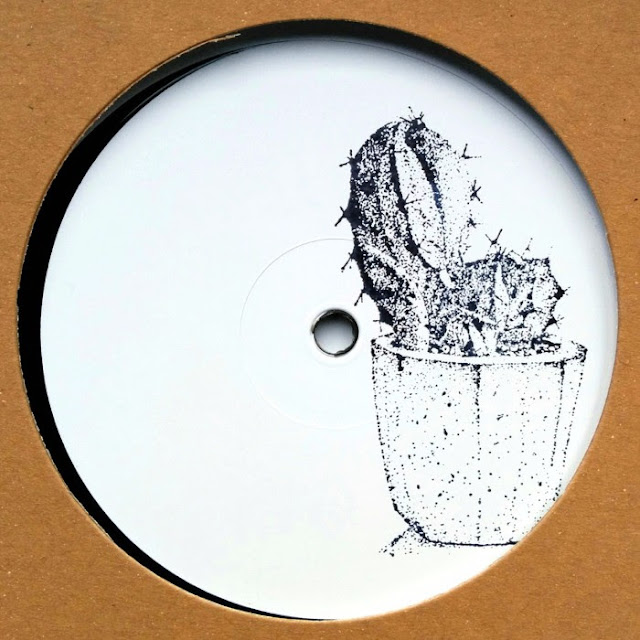 We're delighted to present the second installment of our Sleazy Peeks premiere series, which comes courtesy of Blaq Numbers vinyl-only offshoot Whyte Numbers. We get to share Funken Wavetropi's 'Easy Time' with you, an amazing heads-down, lights-out affair with some magic tropical boogie dust sprinkled over it, just the way we like it. Pop it on below and scroll down to read more about our love/hate affair with promos, Whyte Numbers and the release in question, that should be out any day now.


I remember raising my eyebrows a couple of years ago when 'bigger names' started complaining about 'having to wade through promos', accompanied by loads of 'mehs' and 'oh the horrrors'. It seemed a bit rich to me to moan about people offering you music, just like that, gratis! Can you imagine this happening in any other industry? Free tools of the trade, and what does the professional do? Complain about it on the internet? Didn't think so. But hey, house is a feeling, right?

I slowly but surely dismounted that moral high-horse over the years though, as the influx of promos is overwhelming, even for a low-profile DJ and blogger like me. Ten to twenty promos pile up in my inbox every single day. Mostly really, really bad ones. I'm sure there's a market for clinical 130 bpm, digi-only tech-house with garish artwork but that stuff is about as appealing to me as pressing my face into a fresh turd. The torrent of promos makes some kind of vetting system inevitable. My 'system' is based on two basic principles: 1) rely on names you can trust and 2) friendly, personal messages. It's by no means a foolproof system, as 1) familiarity doesn't equal quality and 2) a lot of people seem to be cottoning on to the idea that generic spamming doesn't work and try to add a personal touch to their promos. The main drawback of this selection mechanism is that you end up travelling in ever-smaller circles and miss out on stuff that is fresh, or requires a few decent listens before it really 'clicks'.

So a few weeks ago, we got sent a promo by Matthias Fiedler, who wanted to see if we were interested in covering a new release on his Whyte Numbers imprint. I drew a blank on both Fiedler and Whyte Numbers to be honest, but his message was friendly and he obviously knew what we were all about, so instead of my usual 'might check later but will invariably forget about it' routine I actually got my cans to have a listen. It only took a few skips through Whyte Numbers 002 to make things click, so I got in touch right away to see if we could premiere one of the tracks off the VA EP.

Matthias ended up being the friendliest dude in the universe and when he offered first dibs, I didn't hesitate to go for the A2, a track by Funken Wavetropi. It's a driving slice of deephouse with a immensely enjoyable rubbery bassline and mesmerizing synth lines. It's tropical house at it best, not because it ticks all the right 'tropical' boxes, but because it has that summery, warm-blooded smile-inducing je ne sais quoi. Or it might just be Funken Wavetropi's Mexican roots that seal the deal here. Imagine my surprise when Matthias mentioned Francisco Dávalos was behind the track, who released a marvellous 7" called Pizza Dealer on Perfect Straight last year, one of my favourite '45s of 2016. I asked Matthias what the story behind ' Easy Times' was. 'You know that feeling when a record feels special, even before you put the needle on it? This 7 inch white vinyl with the pizza slice stamp was one of those records. I did some research and found out that the man behind 'Perfect Straight' was Francisco, a kind soul based in Mexico. I dropped him a message, he sent over a few tracks, I chose "Easy Time" and the rest is, as they say, history'. Francisco is planning a tour at the moment and wrapping up follow-up on Perfect Straight, so we're bound to hear more from this exciting producer this year.

There's three more tracks on the EP, by three different artists. It's very likely they'll all get premiered in the next few days so I won't steal anyone's thunder here by going into them, but they're really, really good. I asked Matthias if a V.A. was something he'd been aiming for from the get-go, as it's a good way to get some traction going, but it looks like it was a case of serendipity. Or the by-product of disorganisation, you decide. 'I think everything I do just happens, i´m the most unorganised person I know (and I know a lot of 'em). One thing always seems to leads to another'. At the same time, Matthias was very clear that diversity on the label's records is very important to him. 'It's not aimlessness, though I could see people seeing it as such'.

It seems like this controlled laissez-faire approach was what spawned Blaq Numbers and it's Whyte Numbers offshoot. 'I basically always wanted to have my own label, build it up and let represent my very own view on music, but i was always too broke to actually do something about it. When I hit the 30 mark I realised that - by and large - I'm always going to be sort of broke, so I figured now might as well be a perfect time. I started Whyte Numbers as an outlet for grittier stuff, sometimes sample-heavy and an edit from time to time. Whyte Numbers is vinyl-only and handstamped for good measure'. I did some research and it looks like things are panning out quite well for our disorganised friend, as the first release on Whyte Numbers, a record by Interstate, sold out everywhere. Expect number 002, which is limited to 400 copies, to follow suit and sell out in a jiff.

You can get it directly from the label through their Bandcamp page. More and more labels set up shop over at Bandcamp and seem to think it's the fairest way to sell music these days, so I picked Matthias' brain on the matter a little. 'So yeah, for me Bandcamp is the only viable means of distribution for me at the moment. I'm still working with a distro to get my releases into the larger record shops but but to be honest, depending on the number of records you press, you just lose out. I actually canceled my whole digital distribution setup, so no more Beatport etc. The releases that are available as downloads can only be had at our Bandcamp from now on. It feels right, even if it might mean less people see our releases. The people that shop on Bandcamp are real music lovers. Also as a label owner you can see directly who bought your stuff and where they're from - that's amazing. I found out that only a few units were sold in Germany. People are buying from all over the globe. I sent packages to Australia, Asia, Russia, a lot goes to America and so on, which feels really good for such a small label. Plus it adds a bit of a personal touch to be in contact with the customer, even if its just a little conversation or a "thanks for buying straight from the label'. Amen to that.

Keep an eye out for more sonic goodies to drop both Blaq and Whyte Numbers later this year, including a series of tapes to allow for more of an ' anything goes' vibe, a remix EP and new solo efforts. Matthias e-mailed me right before I published this post to let me know he signed an EP by Franciso/Funken Wavetropi, so that's something we're definitely looking forward to over here.