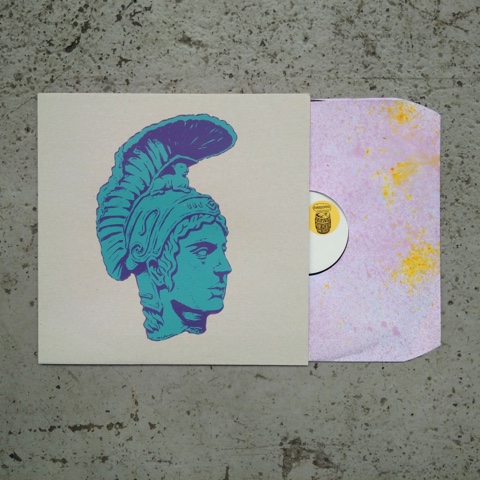 We've had a massive soft-spot for Maricopa's productions ever since his first 12" surfaced on Tusk Wax back in 2012, a record that is now changing hands for a whoppin' 100 bones on Discogs. I was late to that particular party but actually managed to talk Maricopa - or Michael Dillon to the tax authorities - into swapping one of his copies for a Sleazy Beats twelve. We've been in touch ever since and were lucky enough to release his 'The Possibility of an Island EP' on our Balearic sideproject Fools & Fables, which I reckon is one of the best bits we've put out to date.

After two missives on Back to the Balearics and a criminally underrated mini-LP on La Luna last year, the Northern-Irishman joins forces with the excellent Cosmic Pint Glass imprint for yet another mini-LP of sorts called 'Explorer', and it's really, really good. We get to share 'Cavernosa' with you, one of the highlights of the release.

The press blurb describes it as essential daytime festival music, and I couldn't agree more.  It's delightful to see Maricopa exploring a more uptempo take on his unique sound on this release. He also has the chutzpah to completely change up the track halfway through, drop a monster of a breakdown and add some serious oomph and bite to proceedings three minutes in. While it's hardly peaktime club fodder, it has enough balls and drive to work wonders in an extended warmup set this summer season. Essential, absolutely essential.


It's limited to 300 copies and comes with full-colour sleeves and hand-finished inners.

To complete the package there's also a cheecky 10" vinyl only remix EP with rewires by Tito Records' Daniel T and and Pleasure Units' Miskotom, which is limited to 200 copies.