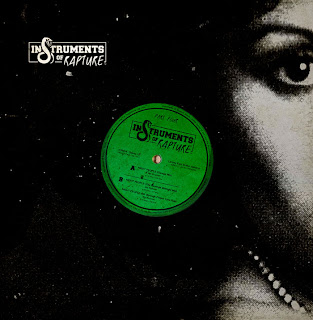 For the second installment of the Sleazy Beats Exclusive Mix series, we enlisted the services of a very special guest: 6th Borough Project's Craig Smith, one of the undisputed leaders of the current "pitched down house revolution". The musical output of Craig Smith and The Revenge under the 6th Borough Project moniker has been received spectacularly well all over the world. Their imprint Instruments of Rapture has swiftly established itself as one of those 'buy on sight' labels (we've been raving about their sublime midtempo druggy disco nuggets on these here pages for a while now). Meanwhile, Craig Smith dropped THE mix of last year in the form of his 6th Borough Blend.

We're happy to report Craig was up for doing us a new mix and answering a few questions along the way. Press play and read all about his partnership with The Revenge and how one gets to be the Master's at Work favorite DJ, while enjoying one of the finest mixes we've heard in a long long time...


Tell us something about yourself. Who's Craig Smith?

I'm a 42 year old music fanatic from Scotland, though I don't look very Scottish ( no Ginger hair or alcohol dependence) due to my "interesting" family background !! I've been deeply in love with music for a long as I can remember, been actively collecting since I was about 12, dj'ing for the last 22 years and producing for about 15 years.

Rumour has it that when Masters at Work play in Scotland, they demand to have you warm up for them. Is that true, and if so, how did this come about?

Yeah, I play pretty much whenever they are over. I've know them both for about the last 10 years. Louie thru djing with him way back and Kenny thru him try to buy some old rare 7" off me! I have been digging their productions ever since they emerged as MAW in the early 90's. I'm about the same age as them and it was obvious, even before I knew them, that their musical influences and inspirations were very similar to mine (and was proved correct when I got to know them). In my opinion they are their generations Roy Ayers, their Lonnie Liston Smith they are that important ! The dance music landscape would look at lot different if there had been no MAW, to me they still are and will always be genuises.

Things seem to have really kicked off for the extended OOFT family this year. How do you explain the seemingly sudden succes?

Like most "overnight success" it's been a long journey. There's been times when individually and as a group we couldn't have got arrested. I think it's down to the fact that we've always stuck to what we believe in, not jumped on any bandwagons to get ahead and this has allowed us to quietly hone our skills without any fuss. Everybody involved is talented within their own right and all come with different outlooks. There are decades of experience between us ( well to be honest me and Harri are nearly OAP's) and the time is just right !

You're one half of the 6th Borough Project production team, responsible for the spectacularly well-received Instruments of Raptures series. Could you tell us how you guys go about making records together?

I've known Graeme (The Revenge) for about 10 years and we've be on/off fiddling about in studio for about the same time. In that time I've seen him develop from a excellent young producer to a supremely talented one ! Even 10 years ago I could see he was different from the rest, he had a real eclectic taste for a young dude and from the moment I started feeding him nuggets from my collection I could see the thirst for more knowledge. He has a sharp appreciation for music and deep understanding of it even if his age prevented him being there when some of it happened. More so than a lot of people who lived thru it ! When it comes to making music there's no real plan or formula. I'll head over to the studio with some records from my collection to sample or just catch the vibe off, we will light a few trees and see where it takes us ! I like to think we have a connection that let's us do our thing without to much fore thought, just straight up vibing.

Speaking of the 6th Borough Project, your 6th Borough Blend was arguably last year's best DJ mix. How do you go about making a mix, and what equipment do you use?

I'm glad you dug it, it seemed to hit a chord with a lot of people which was nice. I got a lot of response saying it was fresh cause of the tempo/selection but to be honest it ain't nothing new. We've been bangin that style for years, pre club, after hours, the bars etc it just that whole style has become "cool" now and people are willing to dance to it on clubs. I think the bar culture thing of the last decade is what's changed things. I never understood the dj's who play house/uptempo in clubs then play a bar for 4hrs and do excactly the same, it's the perfect chance to do something different and really strech yourself musically and allow your tastes to really shine thru! As for the mixes there no grand plan, it's just me 3 decks and a big bag of la la, stick in the mini disk and off we go !

Can you tell us something about the mix you've done for Sleazy Beats?

I had a couple of hours to spare, switched on the mixer and just did it ! If I think about it to much or try to plan it I'd still be in my room now wondering what to select ! Hope you like it ;)

What else can we expect to see from you in the near future?

Well in the next month or so we've a remix of Ilija Rudman on IOR004 and IOR005 will be the 3rd part of the 6th Borough eps. We also got a remix of Mario Basanov coming out on Aussie label Future Classics and a 6th Borough release due on Jimpsters Delusions Of Granduer label. Also gonna try and get a bit more prolific with output of dj mixes, ive got a ton of ideas in that head of mine that i need to get out there. Dj'ing / doing mixes that's when I'm at my most comfortable, where I feel I can express myself to the fullest. There are other bits an bobs production wise but until there singed and sealed I'll keep them under my hat ! If you like your straight up house beats you should check a new project (Soul Renegades) I have on the go with another super talented dude Ricky Reid. Had our 1st release out this summer on the mighty Restless Soul Music and have a releases to drop this October on Fresh Minute Music and Anthony Nicholsons Circular Motion imprint. All in all a busy old time ;)

Check out Craig's Myspace for new bits of music
Juno has a few Instruments of Rapture 12"s left in the unlikely case you haven't snapped these up yet
Of the digital persuasion? No need to worry, there's some ace stuff on Delusions of Grandeur and Restless Soul
6th Borough Project Craig Smith Ilija Rudman Instruments of Rapture The Revenge