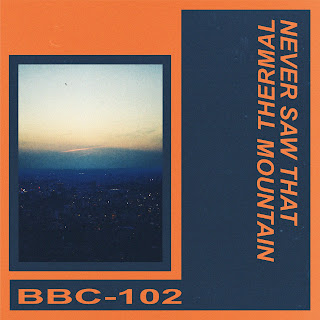 It's Friday afternoon here in Europe, and that usually means one of two things:

Best case scenario: You've got one foot in the weekend! Zooming out at the office, contemplating which happy-hour special will best cater to your needs - happily tipsy or blackout wasted? - and how to maximize your chances of getting Linda from accountancy back to your place for a little game of hide the salami.

Worst case: You've got one foot halfway up Linda from accountancy's ass. She just wont stop grinding you about that email she sent five minutes ago and you still haven't responded to, which means she can't get on with her job, which in turn means you either still have to get some work done, or slowly suffer your way to knock-off time.

Fear not, however, because either way, we've got you covered!

'Never Saw That Mountain' is the first release by Hamburg-based producer Thermal, and he couldn't have found a happier home than with the guys of the Berlin Bass Collective. Since first starting out in 2017, BBC have managed to craft a catalog characterized by quality releases on both their main outlet and sublabel Smooth Operators, with Charlie Smooth's 'Smooth Operators Vol. 1' and Ruff Stuff's 'Rough Disco Cuts' both well-worth checking out for anyone not familiar with their sound.

But back to Thermal. Despite being a newcomer, he manages to deliver a well-rounded EP with a maturity not often seen with people this early in their career. 'Deep, chill, relaxing yet funky' were the words used in the press release, and we couldn't have put it any better.

Reminiscent of a track out of the Coastal Haze catalog, 'Foggy Mountain' was conceived at the foot of Mt Fuji, a scene not hard to imagine when listening to the track, with it's organic percussion taking off before the brass horns slowly swirl in to make said fog dissappear.
The perfect soundtrack to daydream (or forget) about Linda untill five o'clock comes around.

Grab your copy of the release on the BBC Bandcamp page.